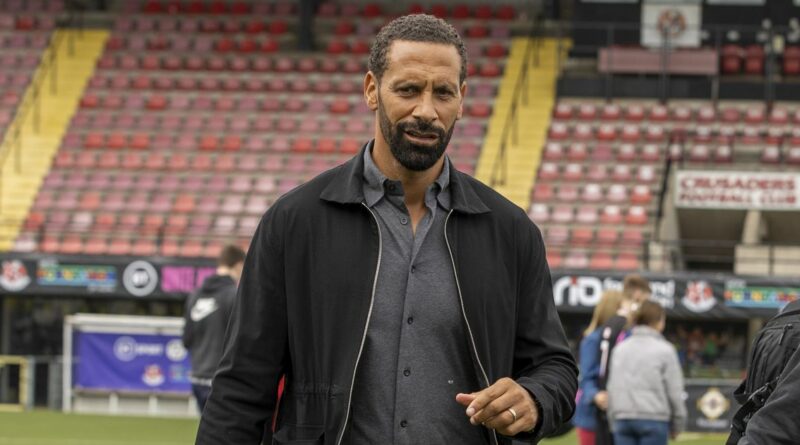 Rio Ferdinand has signed a deal to make Amazon Prime documentaries about his football career as well as other hot topics.

The former Manchester United defender, 43, is the latest former Premier League star to work with the streaming service following Wayne Rooney’s successful film earlier this year. Rather than having its focus on his family, however, the upcoming three-part programme will delve into issues such as sexuality, mental health, and race within football.

The BT Sports pundit is said to be interviewing various football players and managers on the show. A source told The Su n: “This is quite a prestige project for Rio and he has spent the best part of a year working with the documentary makers to produce some in-depth television."

The show is thought to be produced by Circle Circle Films, the same company that oversaw Rooney's doc. It comes after Ferdinand has criticised his former side United for the send-offs they have given to players.

Will you be tuning into Ferdinand's new documentary? Let us know in the comments section below

Paul Pogba, Jesse Lingard, Edinson Cavani and Juan Mata are all out of contract this summer and look set to leave Old Trafford. Nemanja Matic, meanwhile, has already revealed that he will be leaving the club after five years. But Ferdinand expressed his frustration over how the club have handled the goodbyes.

Speaking on his Vibe with FIVE podcast, the former defender said: “I think United are one of the worst at doing it. You see clubs abroad when players who have given big chunks of their career, been successful to the clubs, the send-offs they get are phenomenal and rightly so.

"But it’s not something… United don’t really treat it with the kind of importance you see at other clubs. I’m not saying you deserve it but sometimes when you feel you’ve given a lot of yourself to a football club, it’s a nice way to go.