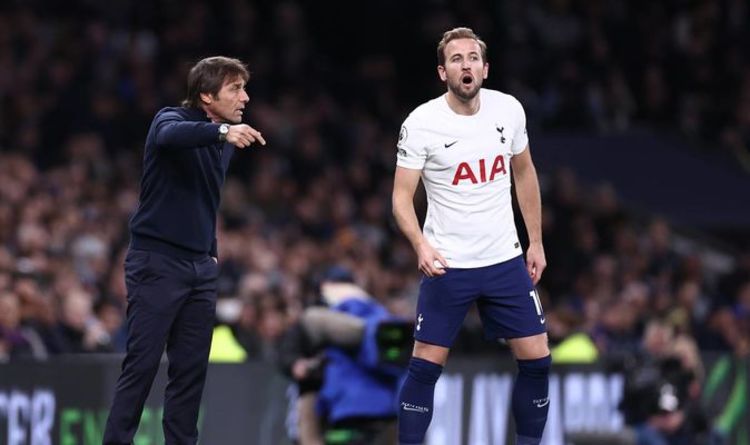 Harry Kane has certainly been feeling the blues following a whirlwind summer, but the Tottenham striker is starting to find his feet again under Antonio Conte, and Rio Ferdinand has pinpointed why that may be.

It looked certain that Harry Kane would leave Tottenham this summer, and when Manchester City failed with an opening bid of £100m for the England captain, it appeared only a matter of time.

However, Kane stayed against all the odds despite claiming that he had a ‘gentleman’s agreement’ with Spurs chairman Daniel Levy that he could leave the club.

Tottenham may have kept hold of their star striker, but Kane has been a shadow of his former self this season, and an emotional summer has clearly taken it’s toll on the forward.

But Kane looks to be returning to the superstar that the Premier League is used to seeing, and Rio Ferdinand has highlighted how Antonio Conte has played a crucial role.

It wasn’t an easy summer for Kane, as the England captain suffered heartbreak in the European Championships as Italy edged the Three Lions on penalties in the final, and that was shortly followed by a failed move to City.

Following a delayed return to action for Tottenham, Kane didn’t look like his usual self, and he looked physically exhausted as well as mentally.

As we approach the new year, it has been the worst ever goal tally at this point in a season for Kane, although it would have been a lot worse if it wasn’t for his recent strikes against Liverpool and Crystal Palace.

Kane has found his shooting boots once more, and Tottenham look like a force again under Conte, and Ferdinand has pinpointed how the Italian has made a difference.

Speaking after Tottenham beat Palace 3-0 on Sunday, Ferdinand said on BT Sport: “I think one of his biggest jobs was getting Harry back into form kicking the ball for Spurs again and getting the ball into the back of the net.

“It was a hangover from the Euros yes, but also not getting a move to Man City was a big part of that and it takes a personality and character from a manager to be able to do that.

“I think Harry today he wouldn’t say he was at his absolute best but you saw parts of his game where you go that’s the Harry Kane we all fell in love with and know and love.”

Kane scored the opening goal for Tottenham before Lucas Moura bundled in a second, and when Wilfried Zaha saw red before the end of the first half, a third was always there for the taking.

With the game already won, Kane was taken off before Heung Min Son scored the third, but even with the 64 minute performance, the England captain looks like he is enjoying his football again.

Spurs have an identity again now that Conte has come in, and despite a slight change when Jose Mourinho took charge, it’s something that they have lacked since Mauricio Pochettino was sacked in 2019.

With Conte’s influence, and the likelihood that Kane’s big deal has potentially passed, the forward has no option other than to knuckle down once more, as his professionalism shines through once more.

A trophy continues to evade Kane at the final hurdle, but if Conte can deliver a title to Tottenham and the forward it would do him the world of good.

The three clubs who have contacted Philippe Coutinho’s agent