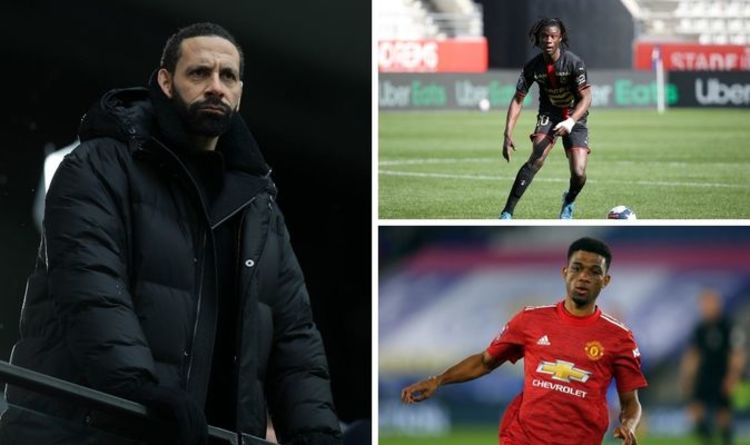 Rio Ferdinand has expressed his concerns over Eduardo Camavinga’s game time if he completes his potential move to Manchester United this summer. The 18-year-old is expected to leave Rennes soon rather than departing as a free agent next year.

According to Fabrizio Romano, United will try and sign Camavinga this summer to avoid competition for his services in 2022.

The Red Devils have been in informal talks with his representatives and reportedly could wrap up a deal for £25.7million (€30m).

Paris Saint-Germain and Real Madrid are also thought to be vying for the teenage sensation’s services, though, so nothing is close to completion.

If Camavinga does join United, he’d be the latest in a string of youthful signings the club has made under Ole Gunnar Solskjaer.

Amad Diallo, who arrived from Atalanta in January, was one of them but hasn’t charted many first-team minutes so far.

Speaking on his Vibe with Five podcast, Ferdinand questioned whether Camavinga would also struggle for game time in Solskjaer’s squad.

“I’ve seen a bit of him. I saw his debut where he got man of the match against PSG – unreal.

“He’s got talent, obviously, but is he going to come in and affect the team right now?

Or is he going to be like an Amad, nowhere near starting XI at the moment?”

Following his arrival earlier this year, Amad shone for United’s under-23 side, scoring four goals and registering three assists in just three games.

He made just eight appearances – and two starts – for the first team, though, scoring his first goal for the club against AC Milan in the Europa League.

The Ivorian 18-year-old showed glimpses of his natural class when given the opportunity and could be sent out on loan for the 2021/22 season.

With Jadon Sancho’s impending arrival, first-team games will be more scarce, so a temporary departure would be a wise move.

The scenario would likely be different with Camavinga, though, as he’d come in and immediately strengthen Solskjaer’s midfield options.

Some even view the France international as a direct replacement for Paul Pogba, who could still depart this summer.

He may not start every week, with the likes of Scott McTominay and Fred also competing for places, but it’s fair to say he wouldn’t be on the fringes like Amad.

Whether United can even complete a deal for Camavinga remains a mystery for now, but the desire to snap him up is certainly there. 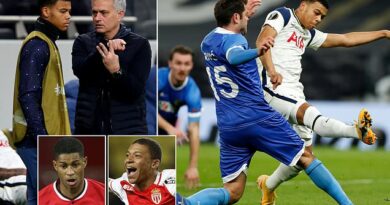