Rio Ferdinand has confidently declared the 2008 Manchester United team he played in would beat their famous 1999 treble winners.

The former centre-back was a vital part of the side which won the Premier League, Champions League and Club World Cup in 2008. They couldn't replicate the success of their predecessors from nine years earlier with a domestic cup win as well, though.

Despite that, Ferdinand believes if the two were to hypothetically play each other, it would be the one featuring him that he'd back to win. Asked whether the 2008 team was the best in United's history, Ferdinand told the Filthy Fellas YouTube channel: "Yeah.

"I reckon if we played them (the 1999 team), it'd be a tight game but I think our team would beat them. I do. It's all hypothetical, but I do really think we would."

Wayne Rooney and Cristiano Ronaldo starred in the 2007/08 season for United, while Andy Cole and Dwight Yorke were smashing in the goals in 1998/99.

Ferdinand, who joined the Red Devils in 2002 and spent 12 years at Old Trafford, has already caused controversy with his football opinions this year.

Is Ferdinand biased or would his team beat the treble winners? Let us know in the comments section. Back in May he named himself as the best Premier League centre-back of all-time and placed Chelsea legend John Terry in fifth place. Terry wasn't happy with the ranking, posting a picture of his achievements on Instagram with the caption: "Opinions are great but stats don't lie…"

Ferdinand responded on Twitter: "@JohnTerry26 The moment one has to start pushing their own records and stats it’s really time to start addressing the fragile ego. Your lucky I even put you in the top 5 after the racism case with my brother so be thankful you made it."

Terry hit back: "A fragile Ego is putting yourself at Number 1 @rioferdy5. Thanks for putting me in your top 5." 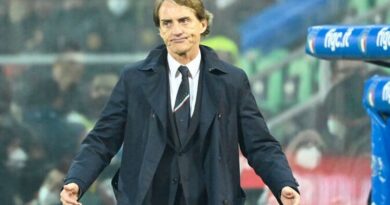