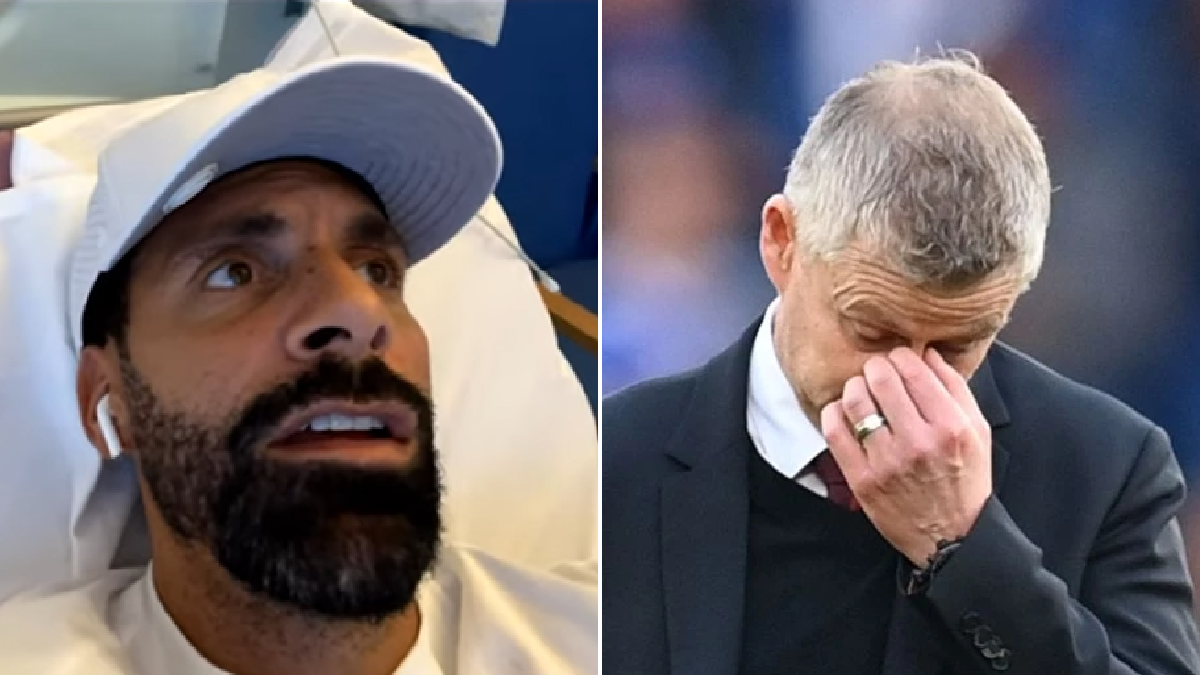 Rio Ferdinand has criticised Manchester United’s approach when out of possession, describing their pressing as ‘aimless’, and feels it is the number one issue Ole Gunnar Solskjaer must address.

The Red Devils were beaten 5-0 at home to Liverpool on Sunday as Jurgen Klopp’s side cut through United’s defence at will, with pressure now mounting on Solskjaer after a run of just one win from their last five Premier League matches.

Ferdinand, who has been struggling with a bad back, had to watch the match from hospital but phoned in to his weekly Vibe with FIVE YouTube series to give his thoughts on the defeat and United’s lacklustre and uncoordinated work off the ball.

‘He’s got a great collection of players that need to be moulded into being a team and that’s the job of the manager, and he needs to find a way of doing that,’ said Ferdinand from his hospital bed.

‘The players need to take responsibility as well, but you’ve got to be set up to be able to perform at your best and at the moment it doesn’t seem to be like that.

‘I see Bruno Fernandes pressing, just pressing on his own. I see Mason Greenwood going pressing by himself. I very rarely see it where they all go as one.

‘You watch the Liverpool team [on Sunday] when they went and pressed, they were going in like fours and fives. The first pass, you beat that little bit of a press, Andy Robertson is right behind, Diogo Jota right behind, Jordan Henderson etcetera. They’re just all in, they’re all going there, they’re all standing where they’re meant to be.

‘And then you’ve got a real fragmented look to the Man United team at the moment. This type of result and performance has been waiting for a long time. Villarreal it could have easily happened but we got away with it, Leicester, Newcastle even had chances.

‘I’ve not watched United this season and thought, “Wow! We’ve totally dominated that team”, and that’s either with the ball or controlling them even when out of possession. And that’s what the best teams do.

‘City do it, yes, they dominate teams in possession, but also they suffocate you when they haven’t got the ball. Because they’re drilled, they’re a team that’s a well-oiled machine. And I’m afraid Man United just don’t look like that at the moment and that’s the worrying thing.’

Ferdinand added: ‘Yeah these players are running around, they run hard, sprints, but it seems like it’s aimless and that’s the problem.

‘I’ve got no doubt the coaching staff are working hard behind the scenes, but it’s got to be big changes in what they’re doing to get the best out of these players. But if the players aren’t doing it, then they’ve got to be told in no uncertain terms. Drill the life out of people and get them moving.’ 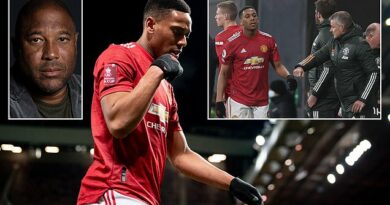 Martial should LEAVE United if he's not used as a winger, says Barnes

Inter Milan without Nainggolan and Vecino for visit of PSV