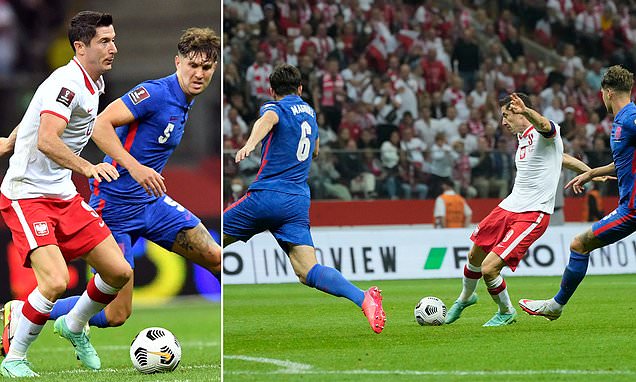 DOMINIC KING: John Stones and Harry Maguire had limited Robert Lewandowski to pot shots in a battle of intrigue… but like the fighter he is, the Poland striker proved with a beautiful assist that you can never keep a good man down

Attention to detail is something Gareth Southgate advocates so John Stones and Harry Maguire would have known how to shackle Robert Lewandowski.

If the Polish assassin gets an opportunity inside the penalty area, the chances are the ball is only going in one direction – to the back of the net. Keep him outside the danger zone, though, and the potential to keep him quiet raises dramatically.

‘I can work on everything still,’ Lewandowski told Sportsmail last January. ‘But one thing? Maybe to shoot from distance when I don’t have many options.’ 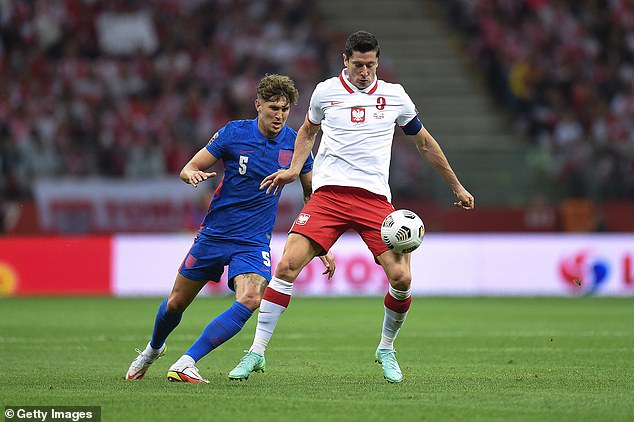 In the 71st minute, that point came to mind. A roar went up in the Stadion Narodowy as the local hero received possession and began burrowing forward. Stones and Maguire held their line, like two sentries, and Lewandowski had no other choice but to shoot from 30 yards.

He scuffed it, allowing Jordan Pickford to make a routine save. In the next attack, as England went up field, Harry Kane found himself in a similar situation but, this time, the result was spectacularly different, as his shot dipped and swerved into the Poland net.

Job done, you thought. Stones and Maguire had limited Lewandowski to pot shots, Poland’s spirits looked to be sagging. The contest between attack and defence had been absorbing but, when you have someone with his ability, you can never relax. He would show why – and how. 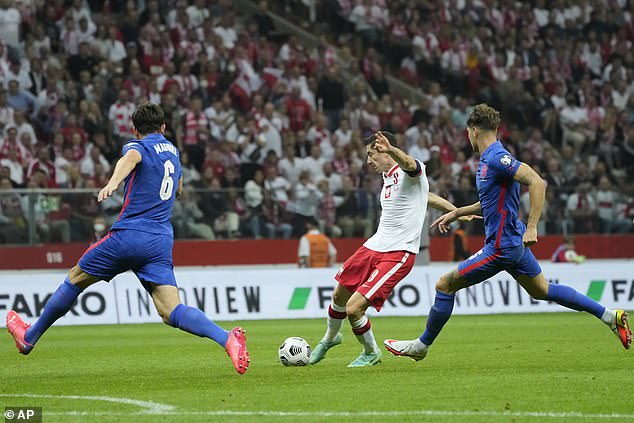 Lewandowski is one of those players that your eyes is drawn to, even in the quiet moments when the ball is nowhere near him. This is a man who must be spoken in the kind of reverential tones reserved for the late Gerd Muller and Marco van Basten, those all-time great number nines.

Yes, England faced Romelu Lukaku last November in the Nations League but, with respect to Lukaku, he is a level below Lewandowski and a behind-closed-doors fixture in Den Dreef bears no similarity to the broiling intensity of a packed, baying arena in Warsaw.

We can nod approvingly about England amassing 19 clean sheets in their last 25 fixtures but 10 of those shutouts came against Andorra, San Marino, Scotland, Albania, Republic of Ireland, Iceland (twice), Montenegro, Kosovo and Bulgaria, so containing Lewandowski was a totally different test.

To say Stones and Maguire – combined cost of £135million to their clubs in Manchester – were some kind of underdogs would be disingenuous but this was exactly the kind of challenge they needed to stamp their presence on to maintain the momentum England have built. 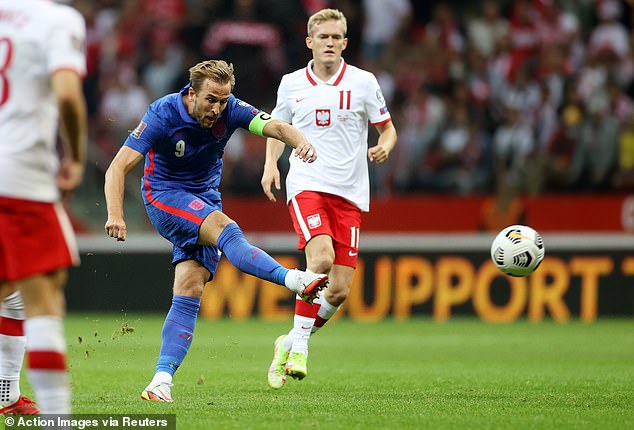 What followed was a battle full of intrigue, one in which no quarter was given. The tone was set in the fifth minute, when Lewandowski sidled out to the right hand side and tried to fire in a cross that Stones, on to him in a flash, powerfully charged down.

Almost immediately, the temperature gauge on this particular battle was turned up. Lewandowski, so often fighting a one-man war, tried to make a run in behind but Stones stood still, puffing out his chest and squaring his shoulders so the 33-year-old bounced off him.

Stones, clearly in the zone, looked down at Lewandowski and in no uncertain terms demanded he gets to his feet. Lewandowski, with a whimsical smile, peered back. The twinkle in his eye suggested this was a collision he was going to enjoy.

There was no real service for Lewandowski but this is a man with a relentless obsession for mischief – he once gleefully took money off Jurgen Klopp at Borussia Dortmund when his then manager bet him he wouldn’t score in in training sessions – and he wouldn’t be deterred.

A couple of moments, 60 seconds apart, hammered this point home. In the 28th minute, Maguire played a routine ball out to Stones but Lewandowski appeared like a cheetah out of the long grass, all lean and lithe and looking for a kill, and almost pilfered the ball away. 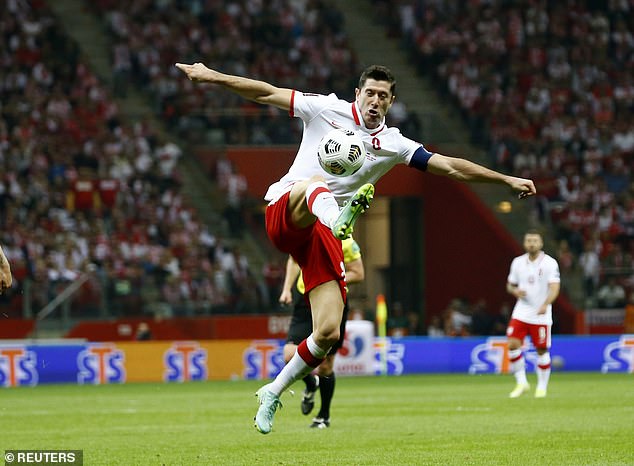 However, Lewandowski had the last laugh in a battle of intrigue as England drew with Poland

England survived that but when the ball went back down towards their area, Lewandowski was there again. He charged into Kalvin Phillips, won a tackle and then chased onto a through ball, bulldozing his way past Phillips and Kyle Walker, but failing to get a clean contact.

He screamed and clenched his teeth when Jordan Pickford, England’s goalkeeper, was able to comfortably gather his attempted shot but, still, it was outstanding centre-forward play. Some of the later snapshots of him holding the ball up under pressure was a joy to behold.

Such is his proficiency, Lewandowski had scored in 22 of his last 24 games for club and country but the longer the game went on, the more he found himself stymied by the lack of quality around him and Stones and Maguire held him at arms’ length.

But, like the fighter he is, he kept going and in injury time, he made his mark. Lewandowski got himself a yard of space, rolled down the left of England’s penalty area and lifted a beautiful ball to the back post for Damian Szymanski to plunder the equaliser.

Proof, if it was ever needed, that you never keep a good man down. 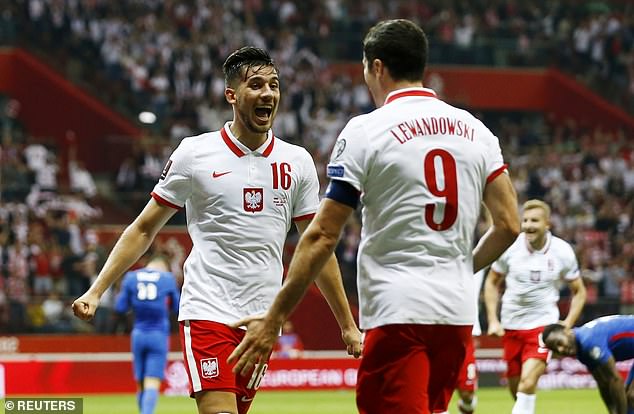 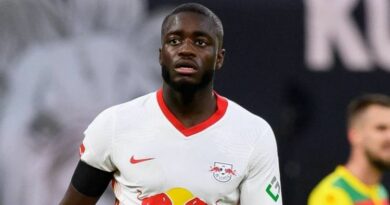 Cardiff vs Crystal Palace prediction: What time, what channel, how can I watch online, team news, predicted line-ups, odds and more