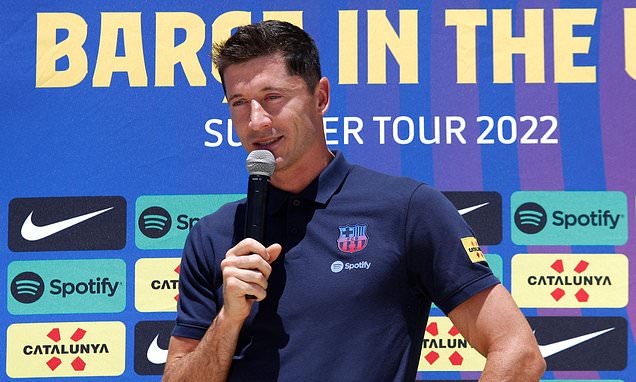 Robert Lewandowski insists he’s still ‘hungry for success’ after joining Barcelona for £42.5m, as the striker reveals the struggles behind the deal amid Spanish giants’ financial woes

New Barcelona signing Robert Lewandowski has claimed that he is ‘hungry to succeed’ after being officially unveiled as a Barca player in Florida.

The 33-year-old joined the Spanish side for £42.5million just days ago following eight years at Bayern Munich, where he scored 344 goals in 375 games and won countless trophies.

Speaking earlier today, Lewandowski revealed he had to work hard to force through the move to Barcelona, but that he is ready for more success as the Catalan-based side look to climb their way back up to the top of Europe’s elite. 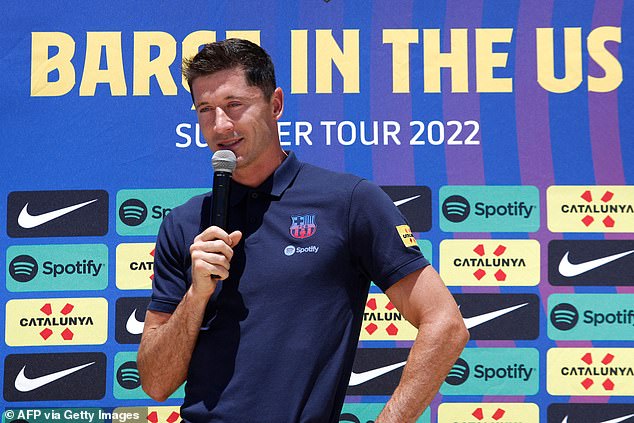 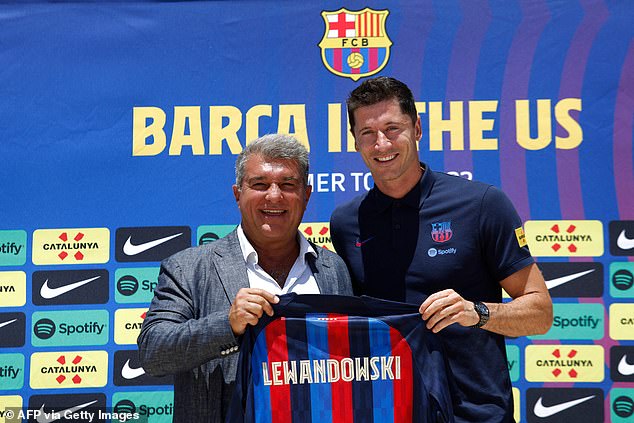 The forward joined in a £42.5million deal from Bayern Munich, where he scored 344 goals

‘We worked hard to get to this moment but we got there in the end,’ said Lewandowski, after trialing some Spanish in front of a buzzing crowd.

‘I am always hungry to succeed and have the winning mentality. This is a new challenge for me and I have already seen this is a squad with huge potential.’

Barcelona have fallen from their peak in recent years, struggling in European and domestic competitions whilst building up hundreds of millions of euros of debt behind the scenes. 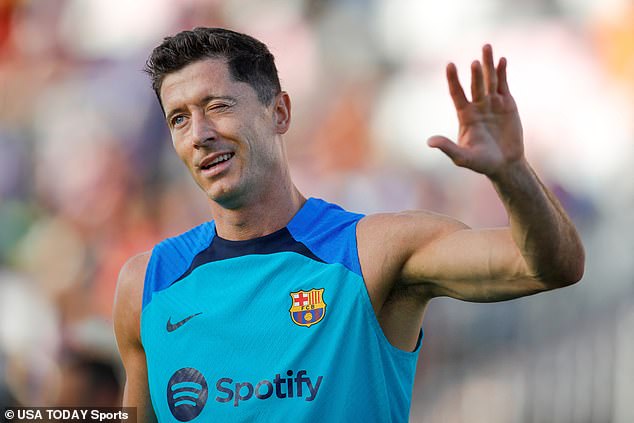 Despite their issues, Xavi’s side have managed to make four eye-catching signings this transfer window, with Lewandowski following Franck Kessie, Andreas Christensen and Raphinha through the Nou Camp doors.

Barca legend Xavi has somewhat improved the club’s fortunes on the pitch, dragging the five-time Champions League winners to second place in La Liga last year, though they are without a title in the last three seasons.

The club is being rebuilt personnel wise – that’s what Lewandowski will focus on, despite the clear issues off the field.

‘There is a lot of quality and I want to do my best for the club,’ he added.

‘I am ready to be a part of this big club with amazing history, during the new history.’ 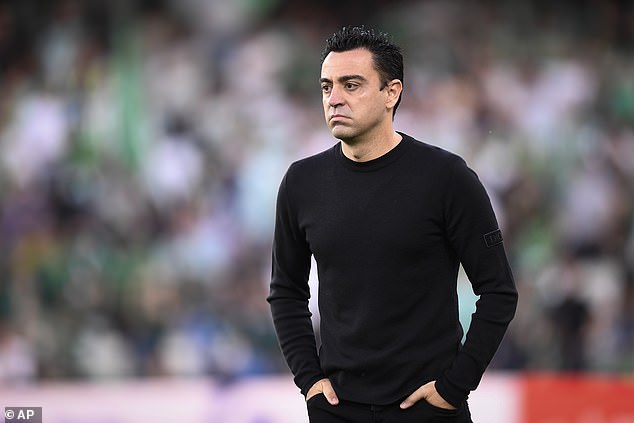 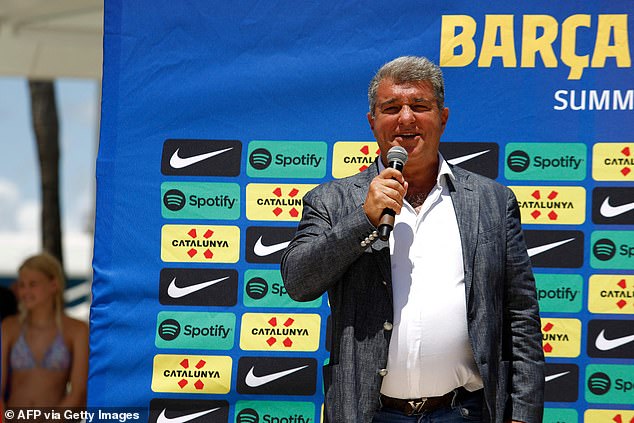 Barcelona’s president, Joan Laporta, is in his second stint in the role and was brought in to try and save the club from it’s downward spiral.

There’s still lots to do, but some marquee signings, despite the financial damage, could be a decent start.

‘We are doing our best to restructure,’ he said via Arab News. ‘We did a lot of work to make this happen.

‘There is a big expectation for you [Lewandowski]. You are a football star.’ 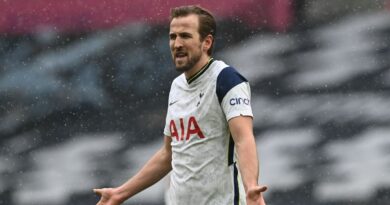