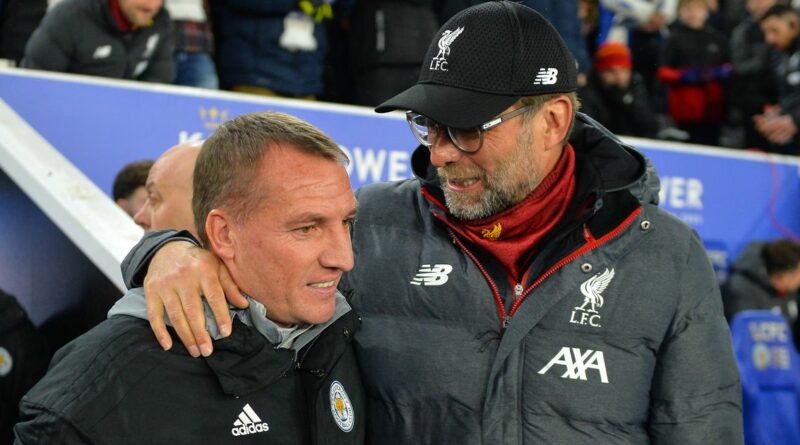 Brendan Rodgers is understood to be the frontrunner for the Manchester United job should the position become vacant – but if he were to take it, he would be breaking a vow made some years before.

Indeed, the Leicester City manager is the number one target for the Red Devils if they were to sack under-pressure boss Ole Gunnar Solskjaer.

But any move to Old Trafford would be going back on a word he made six years ago.

After the Northern Irish boss was sacked as Reds boss in 2015, he spoke on talkSPORT about whether he would ever consider taking up a role with United.

He replied: "When you manage Liverpool, you know the Manchester United job is gone." Rodgers managed Liverpool between 2012 and 2015 and was close to earning them what would have been their first league title in 2014.

He was relieved of his duties in October 2015 before Jurgen Klopp, reportedly sounded out by United around this time, swooped in and took over at the Merseyside club.

The 48-year-old still has four years remaining on his Leicester contract while he has already turned down the opportunity at Newcastle.

Last season he led the Foxes to their FA Cup triumph last season and was close to Champions League qualification.

Do you think Brendan Rodgers would be a good fit for Man Utd? Let us know your thoughts in the comments section below.

The former Celtic boss, however, has shot down any claims that he would be switching from the Midlands to head to his former side’s biggest rivals.

"I don’t even think about it," Rodgers said during a recent press conference.

"I’m sure the supporters are probably tired of it. At Leicester, there is always a link.

"My focus is always here with Leicester and developing the football club and challenging for honours.

"The directors, staff and players all have the same vision."