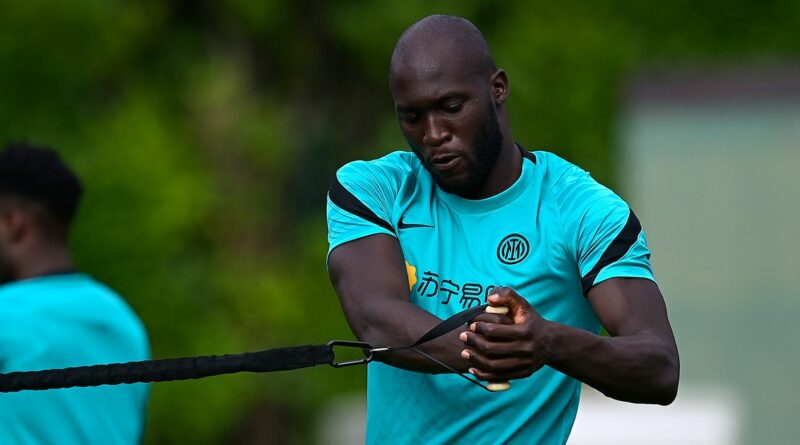 Romelu Lukaku is set to rejoin Chelsea this week a full 10 years after signing for the club as a teenager – with his medical getting underway in Italy on Monday.

The 28-year-old is set to leave Inter after firing them to Serie A glory last season, linking up with Thomas Tuchel's Champions League winners ahead of the new Premier League season.

With a club record fee of £97.5million on the table, the final checks are being done this week to make sure there are not underlying concerns that would make their investment too risky.

In addition, Lukaku is set to travel to London early this week in a bid to get training as soon as possible, but his hopes of playing a part in their Super League fixture look to be very unlikely.

The Athletic report that Lukaku's medical is taking place today in Italy, adding that he will ether travel to London on Monday evening or Tuesday morning.

Both Chelsea and the forward were said to be hoping that he could take part in their UEFA Super Cup clash against Villarreal in Belfast on Wednesday – but a delay came because Inter want to find a replacement.

Inter are believed to be keen on taking former Manchester City striker Edin Dzeko from Roma, who will in turn need to find a new central striker.

Will Chelsea win the Premier League with Lukaku up front? Give us your thoughts in the comments section

Jose Mourinho's side could look to Chelsea forward Tammy Abraham, who looks to be out of Thomas Tuchel's plans.

Tuchel said when asked about Lukaku this week: He said: "I will not talk about players who don't play in my squad.

"He's a fantastic player but he's an Inter player and I will not talk about him in this situation."

Adding: "You can imagine a lot of players want to come and join but we will not talk about that."

"It's the sort of profile we don't have in the squad that can be useful.”