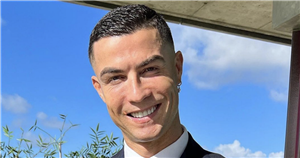 Cristiano Ronaldo announced a multi-million pound contract with a leading watch brand just minutes before his axe from Manchester United.

Ronaldo and the Red Devils shocked the world of football on Tuesday evening as they announced that the Portuguese star would be leaving the club for a second time with immediate effect.

United released a statement confirming the news, which said: "Cristiano Ronaldo is to leave Manchester United by mutual agreement, with immediate effect.

"The club thanks him for his immense contribution across two spells at Old Trafford, scoring 145 goals in 346 appearances, and wishes him and his family well for the future. Everyone at Manchester United remains focused on continuing the team’s progress under Erik ten Hag and working together to deliver success on the pitch."

Where do you think Ronaldo should go next? Let us know in the comments section.

Only 30 minutes before that announcement from the 13-time Premier League champions, Ronaldo was all smiles on Instagram as he posted a new partnership with a luxury watch band.

Beaming from cheek to cheek, the 37-year-old former Real Madrid and Juventus star wrote: "I’m excited to announce my partnership with @jacobandco, one of the leading watch brands in the world. Today, we reveal our first watch collection that I co-designed with my dear friend @jacobarabo."

Ronaldo's departure follows his blockbuster tell-all interview with Piers Morgan, where he accused United of "betrayal." Among many incendiary quotes during the chat, Ronaldo said: "Yes, not only the coach (Ten Hag), but another two or three guys around the club. I felt betrayed.

"Yes I feel betrayed, and I felt some people don't want me here, not just this year, but last year too."

Ronaldo now faces the unusual prospect of being a free agent during the World Cup, with the veteran star unlikely to find a new club until after the tournament is over. 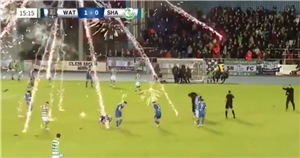 Kroenkes have ‘no intention of selling’ Arsenal; owners excited by summer transfer plans