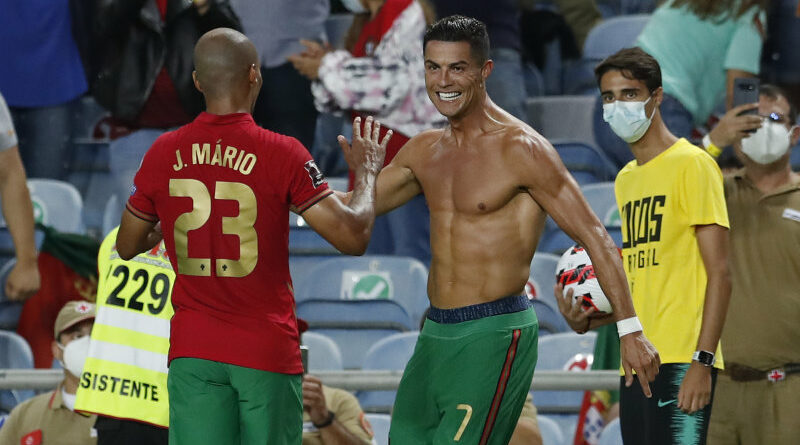 Faro, Portugal: Cristiano Ronaldo became the all-time leading scorer in men’s international football when he headed two late goals to give Portugal a 2-1 comeback victory over Ireland in Group A of European World Cup qualifying on Wednesday (Thursday AEST). 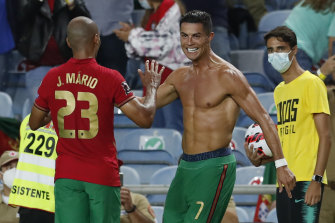 John Egan headed Ireland into a shock lead from a corner on the stroke of half-time after Diogo Jota had hit the post for the hosts.

It looked as if it was going to be a frustrating night for Ronaldo and his side before the 36-year-old levelled the scores in the 89th minute to surpass Iranian Ali Daei’s record of 109 goals with a towering header.

He then produced a carbon copy in the sixth minute of stoppage time to score goal number 111 and secure all three points for the hosts.

Ronaldo, who secured a shock move back to the club where he made his name last month, described his return to Old Trafford as the “best decision” he had made.

“I think it’s the best decision that I have made. It’s right on point in my opinion… I want to carry on again, to make history, to try to help Manchester achieve great results, to win trophies and number one of them, to win great things,” he told the club website.

The result means manager Stephen Kenny remains without a competitive win with Ireland, who sit joint bottom of Group A with no points from three games. Portugal are top on 10 points after four games, three ahead of Serbia, who have played a game fewer.

Defending World Cup champions France, meanwhile, were held to a disappointing 1-1 home draw by Bosnia after playing almost half the game with 10 men.

Nine weeks after their shock loss to Switzerland in the last 16 of Euro 2020, the world champions had Antoine Griezmann to thank for a quick equaliser after Edin Dzeko had put the visitors ahead in the first half. 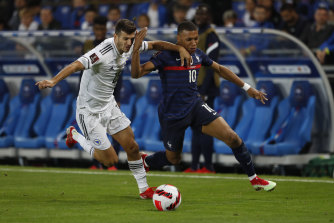 Didier Deschamps’s side had Jules Kounde sent off for a rough tackle early in the second half and although they dominated possession, they had to be content with sharing the points at Strasbourg’s La Meinau stadium.

France remained unbeaten in four games and lead the group with eight points, four ahead of Ukraine who were held to a 2-2 draw in Kazakhstan earlier on Wednesday.

The French next face Ukraine away on Saturday before hosting Finland next Tuesday while Bosnia, who are fourth on two points from three matches, take on Kazakhstan on Tuesday.

“It’s always more complicated when you play with 10 men. But we re-organised to be more compact to at least keep the result,” Deschamps said.

“Of course, that’s not what we were looking for but World Cup qualifiers are hard for everyone. We have an extra point but we will be looking for two wins in our next two games.”

In other World Cup qualifiers Denmark beat Scotland 2-0, Turkey and Montenegro drew 2-2 and Russia and Croatia played out a scoreless draw. Holland were held in Oslo by Norway 1-1 while there were wins for Israel, Latvia, Luxembourg, Malta and Austria.

AHEAD OF THE GAME: Derby earmark Wayne Rooney as a future manager

EXCLUSIVE: Liverpool v Shrewsbury Town will NOT be televised