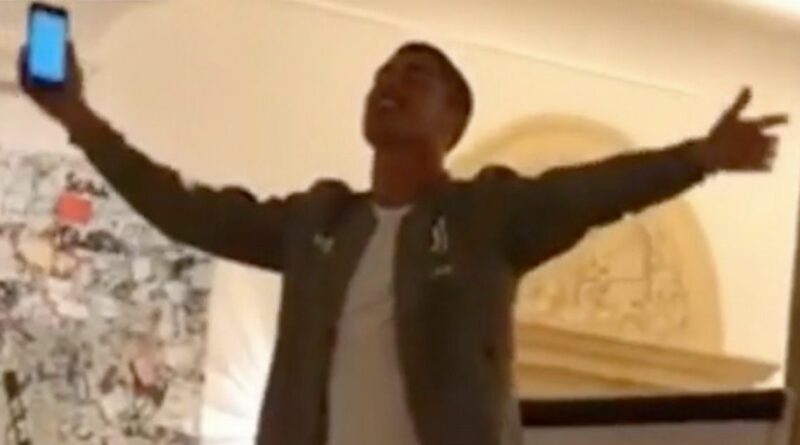 Cristiano Ronaldo held nothing back during his Juventus initiation – and he may repeat the same feat at Manchester United.

The five-time Ballon d’Or winner is back at Old Trafford, 12 years after leaving with three Premier League trophies and a Champions League under his belt.

He comes back as a record scorer after stints at Real Madrid and Juventus, boosting Ole Gunnar Solskjaer’s push for a first league trophy since 2013.

And others have said that the 36-year-old will bring an air of authority to Carrington, showing the younger players how they should train.

But Ronaldo may still have to conduct a footballing tradition – by singing his heart out with an initiation song.

Videos regularly emerge on social media over the summer of teams’ new players standing on chairs in front of their new team-mates to show off their vocal skills.

This is something that has happened at United under Solskjaer, with Aaron Wan-Bissaka, Daniel James and Scott McTominay singing during the pre-season tour to Australia in 2019.

It is not confirmed whether Ronaldo will follow suit – but footage from his time at Juventus shows the 36-year-old would give it his all.

Do you think Cristiano Ronaldo will score on his second Manchester United debut? Let us know in the comments section.

The 36-year-old left Real Madrid after nine seasons and 15 titles in departure for Juventus in 2018, with the Spanish side receiving an £89m fee from the Serie A giants.

And footage emerged over that summer of the man with 803 goals for club and country singing his heart out to ‘A minha Casinha’, a song by Portuguese rock band Xutos & Pontapes.

As Ronaldo belted the song out, he was cheered by team-mates and coaching staff at the Old Lady in the viral clip.

The forward scored 118 goals in nearly 300 appearances and was back on the training pitch at Carrington this week, having enjoyed a char with Ole Gunnar Solskjaer.

And fans are expecting to see the 36-year-old in United’s starting XI when they return to Premier League action against Newcastle on Saturday. 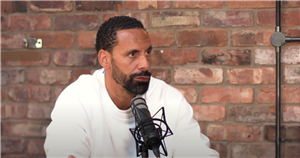