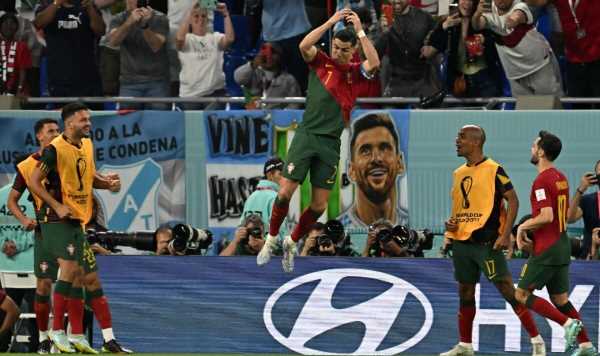 Cristiano Ronaldo fans have reacted to his penalty in Portugal’s win over Ghana, noticing his celebration took place in front of a picture of Lionel Messi. The 37-year-old opened the scoring during his side’s World Cup showdown. And he was smiling by the end, despite a dramatic night in Qatar.

Ronaldo won Portugal a dubious penalty in the second half, with the veteran going down relatively easily inside the box.

He then proceeded to score his spot-kick, producing his iconic ‘Siu’ celebration in the process.

Ghana levelled through Jordan Ayew but further goals from Joao Felix and Rafael Leao proceeded to secure victory, despite the African side pulling back a consolation through Osman Bukari.

Fans have, however, taken to Twitter to point out how Ronaldo’s celebration took place in front of a Messi.

“Not even Messi wanted to lose (sic) as Cristiano Ronaldo became the first and only player to score in 5 World Cups,” said @MadridistaRM10_.

“Even Messi surrenders to Cristiano Ronaldo, the best in the world,” stated @EmisarioGorgojo.

“Even Messi is happy with Ronaldo’s Achievement,” were the words of @Fashisports.

Ronaldo has now scored in five World Cups, making history in the process.

And his side will be hopeful of building on this victory, with the 37-year-old set to play a starring role as the tournament goes on.

Ronaldo has certainly enjoyed a better start to the World Cup than Messi.

The Argentina international converted a penalty of his own as his side faced off against Saudi Arabia on Tuesday afternoon.

However, the Saudis then mounted a stunning comeback to rock Messi and claim all three points in the process.

“There’s a small bit of contact but there’s not enough there to knock him down surely?

“The thought running through my head when I saw Salisu coming over was “don’t bite on it, don’t put your foot out”.

“He does put it out which allows Ronaldo to take that and fall over.

Jose Fonte, who is also working for the BBC, expressed his happiness at seeing Portugal secure the victory in their opening World Cup clash.

“I believe this will calm everyone down a little bit,” he stated. “Portugal will go into the next game with a bit more confidence and they will analyse the good and the bad.

“We need to be more solid defensively and getting everybody back into shape because there was too much space in the second half. Portugal made a few unforced errors.

“If they can improve on that they will always create chances and have goals in the team.

“If they do that, they will have a great chance in the competition.” 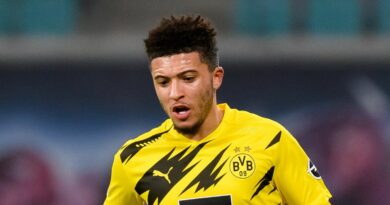