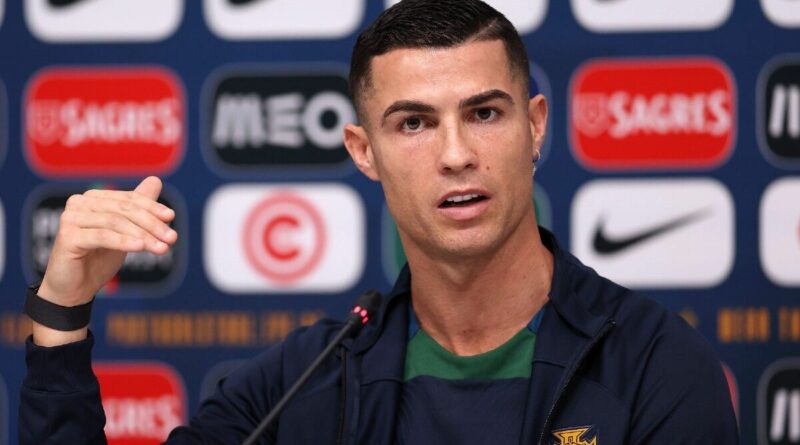 As if Cristiano Ronaldo’s interview with Piers Morgan wasn’t bad enough, the lack of remorse showed by the Portugal international means his Manchester United career is now well and truly unsalvageable. It wasn’t meant to be this way when the veteran made his Hollywood homecoming to Old Trafford in last summer’s transfer window. But, now, an ugly divorce beckons.

Last week, Ronaldo stunned the world with an interview with Morgan where he tore Manchester United to shreds.

Nobody was safe as he spoke out, criticising Erik ten Hag, the Glazers and even the attitude of his own team-mates as he sought to set the record straight on what he perceives to be ‘disrespectful’ treatment of himself at Old Trafford.

Ronaldo even claimed the club had made ‘zero progress’ in the years since Sir Alex Ferguson’s retirement. Chefs at Carrington were dragged into his argument, even though the 37-year-old insisted they were ‘nice persons’.

But now, the Portugal international has done something arguably even worse.

Ronaldo has rightly attracted huge criticism for the way he’s conducted himself. With just three goals to his name (two of those have come against Sheriff in the Europa League), he’s not in a position to play God.

Yet the veteran has now gone one further by showing an astonishing lack of remorse for his actions while speaking ahead of Portugal’s World Cup opener with Ghana.

“Timing is always timing,” said the 37-year-old, who attended a press conference with no prior warning he’d be there.

“From your side it is easy to look at how we can chose timings.

“I talk when I want to. Everybody knows who I am, what I believe in.”

He also said he was ‘bulletproof’ and ‘ironclad’, coming out fighting at a time where he’s hoping to finally win the grandest prize of all at the last time of asking.

But the sheer arrogance is startling.

Ronaldo of old deserved special treatment and indulging. When he scored 60 goals a season for Real Madrid, of course Los Blancos were going to dance to his every tune.

Yet this version doesn’t. And he seems like a teenager these days, sullen and sulky and believing everybody is out to get him – which isn’t the case.

Ronaldo is a great of the game. Probably the greatest of all time because, unlike Lionel Messi, he’s spent large periods of his career operating outside of his comfort zone.

But by refusing to apologise, even for something as small as the timing of the interview rather than the content, he’s now well and truly burned his bridges at Old Trafford.

Ronaldo has, of course, always had an ego. And most of the stuff he said in the interview is understandable. The criticism of Ten Hag and his team-mates, however, means he well and truly crossed a line.

Arsenal legend Ray Parlour is one person who agrees with this stance on the matter. Speaking to Express Sport recently, he said: “He’s certainly overstepped the mark, really.

“Everyone has seen what he’s done over his career and he’s been an unbelievable player, best in the world along with Lionel Messi over the past 10 years.

“But there are certain ways you leave a club.

“And Manchester United, the way he’s dug into certain managers and disrespected people, I don’t think you need to do that.

“He’s done it for a reason. Obviously I don’t think he’ll play for them ever again, it’ll be interesting to see how they move him on.

“I think everyone knew about the Glazers, that was an easy tap-in for him as everyones always saying they’re not doing enough for the club.

“But to have a go at your managers, it’s a cheap shot. You didn’t really need to do that when you’re Ronaldo.

“Piers Morgan will benefit a lot more than Ronaldo.”

He’s right. Ronaldo is a United legend, and always will be, but his refusal to apologise or backtrack at the first opportunity shows he’s a man too wrapped up in himself.

Those who want Spurs to sack Mauricio Pochettino are nuts, he deserves respect – HOLDEN