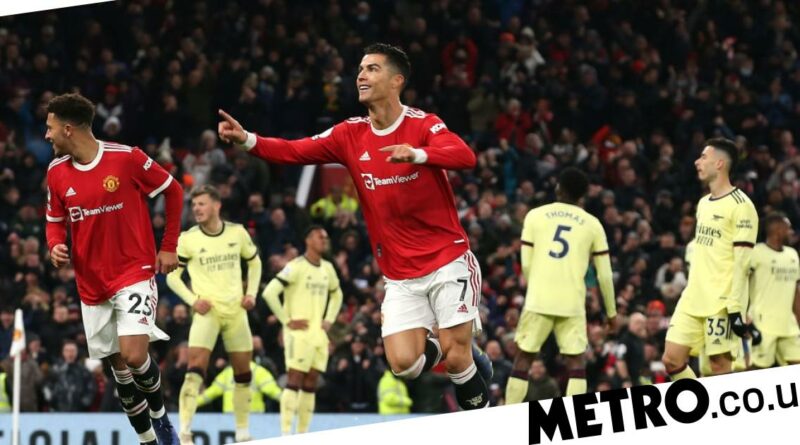 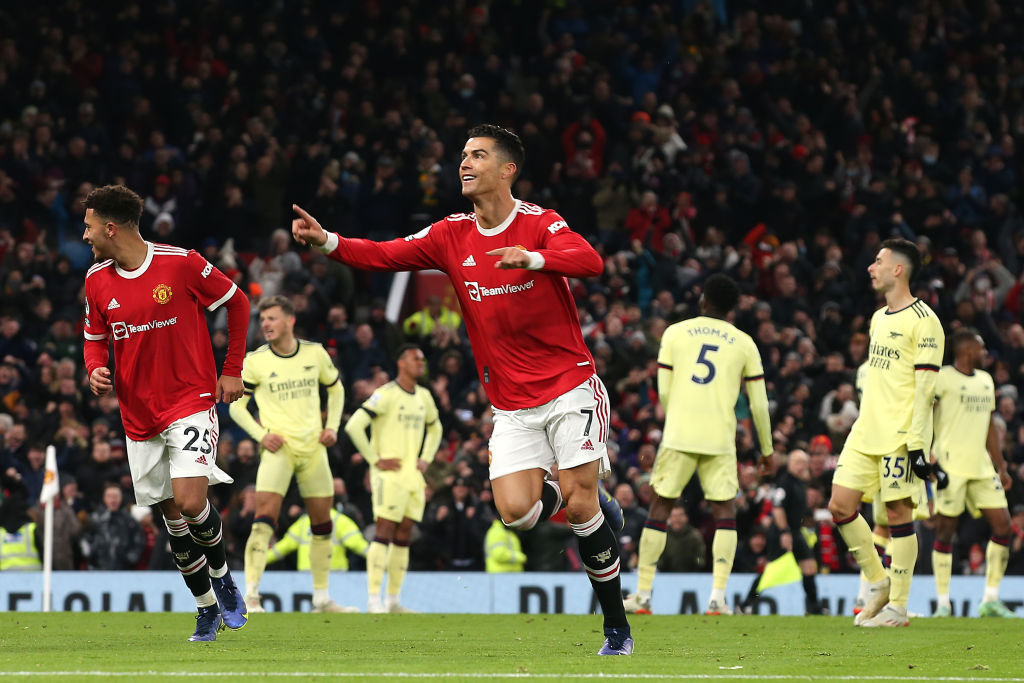 Ronaldo’s second-half brace saw Michael Carrick end his reign as caretaker manager with an narrow and important victory as interim boss Ralf Rangnick prepares to take over until the end of the season.

Arsenal led through Emile Smith Rowe’s controversial goal but Bruno Fernandes equalised on the stroke of half-time, before Ronaldo put the hosts ahead after the break.

Martin Odegaard cancelled out Ronaldo’s strike but turned from hero to villain 15 minutes later as he conceded a penalty, with Portugal legend Ronaldo making no mistake from the spot.

Manchester United’s victory sees them climb to seventh in the Premier League – three points outside of the Champions League places – while Mikel Arteta’s Arsenal stay fifth.

In his final match as caretaker manager, Carrick made three changes to the side that drew 1-1 with Premier League leaders Chelsea, with Ronaldo, Harry Maguire and Diogo Dalot coming in for Eric Bailly, Nemanja Matic and Aaron Wan-Bissaka.

Arsenal started brightly and Pierre-Emerick Aubameyang had a shot blocked after Jadon Sancho gave the ball away, before the resulting corner saw a Ben White header cleared virtually off the line by Marcus Rashford.

The visitors continued to threaten and scored a deserved winner on 13 minutes, although it came in bizarre circumstances.

David de Gea fell to the ground as Arsenal took a corner – replays showed he was stamped on by team-mate Fred – but play continued and Smith Rowe rifled home with De Gea still on the floor.

The Manchester United players were furious that the goal was not disallowed but the decision was the right one, with Martin Atkinson unable to intervene as a foul was not committed and he had now blown his whistle before the ball crossed the line.

While going behind is never ideal, the setback appeared to spark Carrick’s side into life and Ronaldo had his first opening of the game, cutting in from the right but firing a tame shot at Aaron Ramsdale.

United’s equaliser came on the stroke of half-time; Sancho found Fred in the box and the Brazilian did well to lay the ball to Fernandes, who found the bottom corner for his first goal since September 11.

De Gea and Ramsdale both made fine saves shortly after the break but Arsenal’s goalkeeper was helpless to prevent Ronaldo from putting the hosts ahead with his 800th career goal.

The momentum appeared to be with Manchester United but Arsenal responded immediately, Odegaard converting Gabriel Martinelli’s cross to level proceedings once again.

With the clash finely poised, the Red Devils were handed a gift when Odegaard tripped Fred in the box and Ronaldo smashed home the resulting penalty to restore United’s lead.

Despite Arsenal’s best efforts, Manchester United held on for a 3-2 win in front of their manager Rangnick, who watched on from the stands.

Following the victory, United’s Fernandes said: ‘Every win is important. It’s been hard for us but today we got a great win. We can be satisfied because we beat Arsenal.’

Manchester United resume their Premier League campaign on Sunday against Crystal Palace, while Arsenal are next in action on Monday night against struggling Everton. 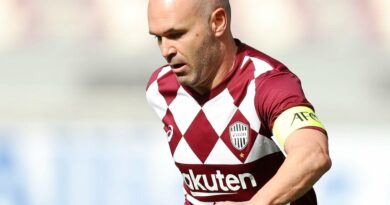