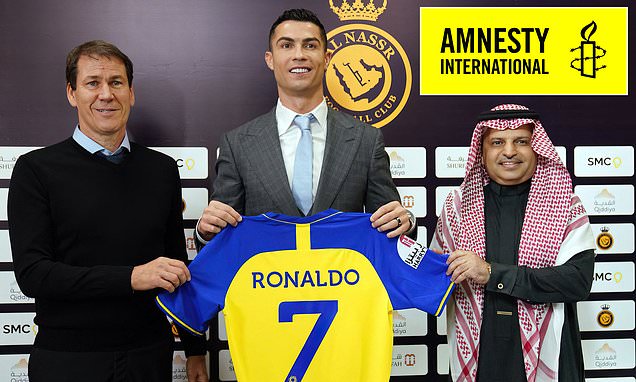 The 37-year-old joined the Saudi club last month after his acrimonious exit from Manchester United and will reportedly earn £175m a year.

And the human rights group encouraged Ronaldo to use his position to highlight important issues and call out Saudi Arabia’s poor human rights record. 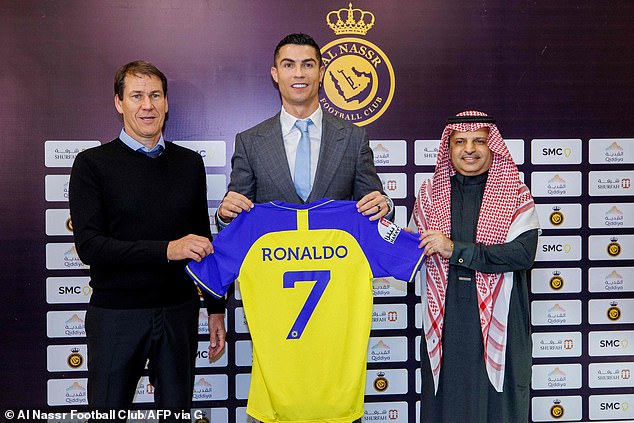 Saudi Arabia has been accused of using sportswashing after several high-profile sporting events have been held in the country such as heavyweight boxing bouts, a Formula One Grand Prix while they have funded the controversial LIV Golf Breakaway League.

Newcastle United are also owned by a Saudi-backed group.

And Amnesty International argued Ronaldo’s signing fitted into this wider pattern of sportswashing in the kingdom.

In a statement, Amnesty International’s Middle East researcher Dana Ahmed said: ‘It is highly likely that the Saudi authorities will promote Ronaldo’s presence in the country as a means of distracting from the country’s appalling human rights record.

‘Instead of offering uncritical praise of Saudi Arabia, Ronaldo should use his considerable public platform to draw attention to human rights issues in the country. 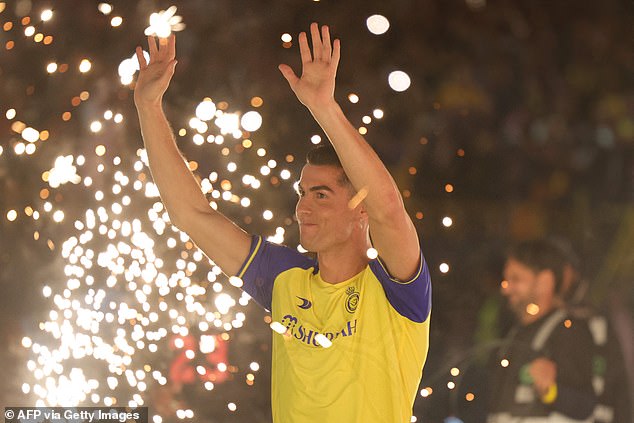 ‘The authorities are also continuing their crackdown on freedom of expression and association, with heavy prison sentences handed down to human rights defenders, women’s rights activists and other political activists.

‘Cristiano Ronaldo shouldn’t allow his fame and celebrity status to become a tool of Saudi sportswashing – he should use his time at Al-Nassr to speak out about the myriad of human rights issues in the country.’

Ronaldo was officially unveiled as an Al-Nassr player on Tuesday following the agreement of a £175million-a-year contract.

Ronaldo was introduced as ‘the world’s greatest footballer’ in front of 25,000 raucous supporters at Mrsool Park in Riyadh, to a backdrop of fireworks, flares and strobe lighting.

And, at his unveiling, he had spoken about promoting his new country of residence.

He had said: ‘This contract is unique but I’m a unique player, so for me it’s normal.

‘I gave my word to this club to develop not only the football but other parts of this amazing country.’ 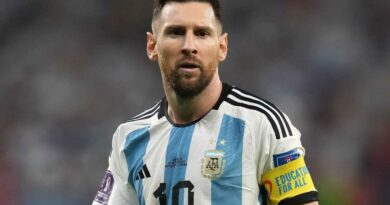 Today at the World Cup: Argentina and Croatia ready to go head to head