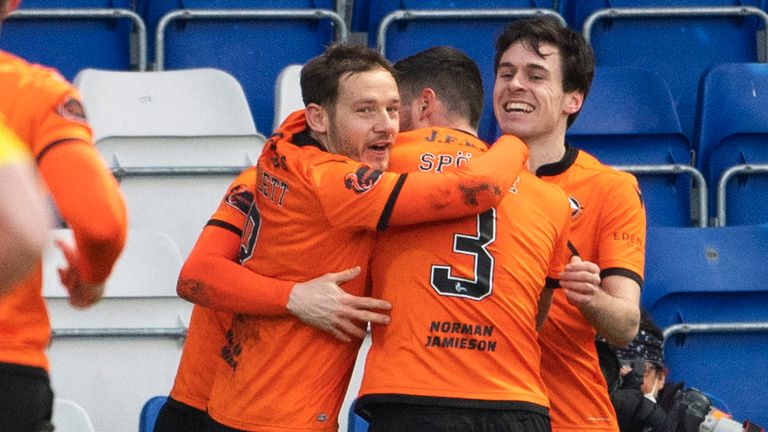 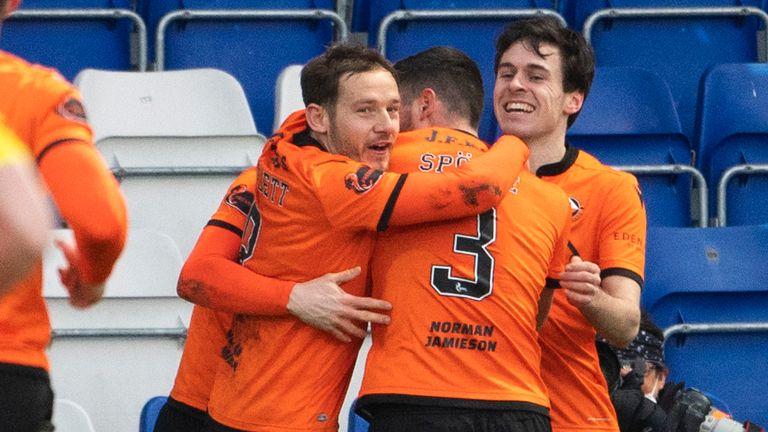 Dundee United’s eight-game run without a win finally came to an end as goals from Lawrence Shankland and Ryan Edwards gave them a 2-0 victory at Ross County.

Both goals came midway through the second half to earn Micky Mellon’s team their first victory since December 23 to move them eight points clear of the relegation play-off zone.

Ross County failed to stretch the four-point gap above bottom-of-the-table Hamilton Academical, who have three games in hand on the Staggies.

County had a decent start to the match with Carl Tremarco’s free-kick finding Leo Hjelde in the box in the opening minutes but his header was saved comfortably by goalkeeper Benjamin Siegrist. 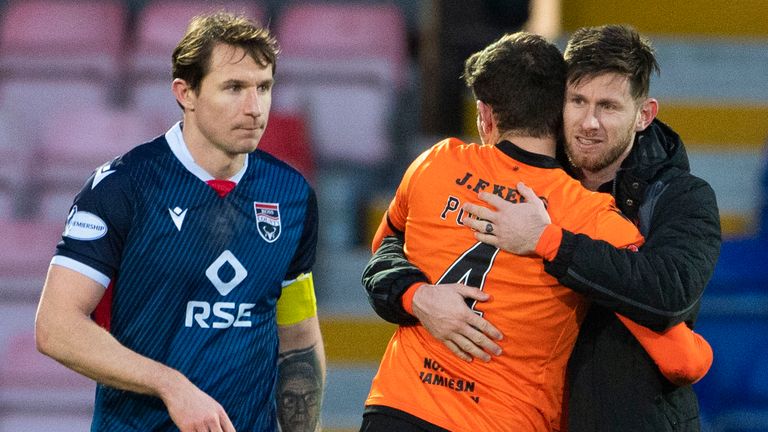 Buoyed on by an encouraging start to the game, Jermaine Hylton fired a thunderous effort from 25 yards which forced the Swiss goalkeeper to stretch to stop the ball finding the top right corner of the net.

Dundee United responded when Hjelde’s mistake of a short back pass was pounced on by Shankland and he charged towards the box unchallenged.

But goalkeeper Ross Laidlaw forced the striker wide and Shankland was unable to control the ball to fire towards goal.

Laidlaw was alert again when Shankland beat the offside trap to go one-on-one with the goalkeeper, but the striker again failed to make the chance count as Laidlaw snatched the ball from his feet before he could release a shot. 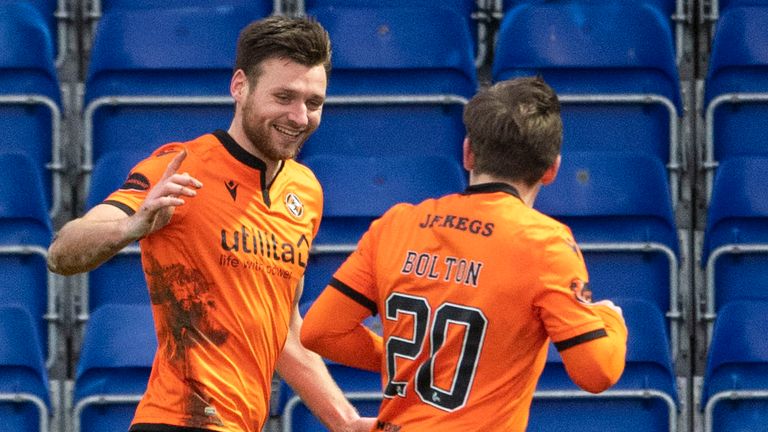 The Staggies had a great chance to take the lead on the half hour mark when Jordan White played through Tony Andreu with only the goalkeeper to beat. The French midfielder was only able to shoot wide of the left post.

United broke the deadlock midway through the second half.

Liam Smith’s pass from the left wing found Shankland in the box and he managed to send a low drive past County’s central defenders and goalkeeper Laidlaw from 12 yards to give them the lead.

Ross County rarely threatened to pull one back as John Hughes’ team trotted off the park disappointed they could not climb out of the relegation play-off zone. 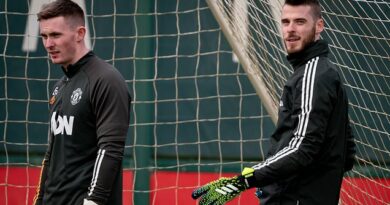 Manchester United 'planning to sell either de Gea or Henderson'