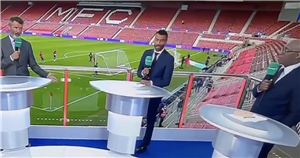 The Three Lions took a 1-0 win at Riverside as Gareth Southgate took one last look at his options before their Euro 2020 campaign starts against Croatia on June 13.

Manchester United star and captain Marcus Rashford slotted the winner from the penalty spot after 68 minutes.

The lead could have been doubled when Everton's Dominic Calvert-Lewin was fouled in the area 10 minutes later – but the ball was taken off him by Liverpool's Jordan Henderson.

And the midfielder's tame effort was saved by the goalkeeper, guessing the right way.

While the incident did not deny England a week of wins following the 1-0 victory over Austria, it sparked a fierce row between Keane and Wright in the ITV studio.

When discussing the missed penalty by Henderson, they agreed that Calvert-Lewin should have stood up for himself.

Keane says: "He should have fought his corner there, shouldn't he?

"[He should have said] I don't care who you are, I want the penalty, I'm the striker. You've only been back three-and-a-half months – back away."

How far will England go in Euro 2020? Let us know in the comments section.

Wright adds to it by saying: "Henderson's a big figure in the dressing room, so for him to tussle for the penalty doesn't look good for Calvert-Lewin."

As Keane carries on, the Arsenal legend retorts by saying that Henderson was "exercising his power".

But the former United midfielder then challenges his ITV co-pundit, saying: "If you were the striker, what would you have done?"

And Wright, who scored 185 goals in nearly 300 games for the north London side, says he would give it up.

This leaves Keane furious as he replies: "No, you're a liar. You wouldn't have given it to [Lionel] Messi or [Diego] Maradona."

All the 57-year-old can do is fumble over his words as the Irishman stands back.

And viewers of the match reaction quickly took to Twitter to share their thoughts on the exchange.

Some backed the United legend as one said: "You've got to love Roy Keane… says it as it is."

But others backed his co-pundit, with a third saying: "Roy Keane bang out of order calling Ian Wright a liar in the post match analysis."

And a fourth added: "Absolute nonsense."

READ MORE:Four clues Gareth Southgate has given over England team for Euro 2020

READ MORE:England streaker caught by stewards puts Covid mask back on while beind led away 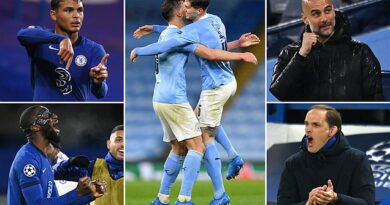