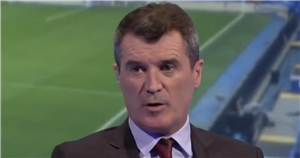 Roy Keane has identified the change at Manchester United that can help them challenge “sloppy” Liverpool for the Premier League title.

The Red Devils drew level at the top of the table with their rivals on 33 points after seeing off Aston Villa with a 2-1 win on New Year’s Day.

It has seen pundits start to debate whether Ole Gunnar Solskajer’s side can challenge the Reds for their first title in seven years.

And Keane, who won seven Premier League titles and a treble at Old Trafford, believes they have already made a change that can put them on the way to a title push.

Speaking on Sky Sports , the former United midfielder said: “I think I was really critical at the start of the season because their home form was so bad.

“It was shocking, some of their performances and results but away from home they’ve been fantastic.

“It’s been a bizarre season, so – despite their bad home form – they’ve never been that far adrift.

“With their last few home victories – a bit of luck against Villa for the penalty, a late one against Wolves, brilliant against Leeds – United will get confidence and belief that they can challenge Liverpool.”

Liverpool have conceded points over the last two months, recording five draws and four wins from nine games since the start of November.

And the Irishman suggested that this is allowing other teams to believe they have a chance of challenging.

Keane added: “Liverpool are the strongest team but they’ve been slacking off and sloppy in the last few weeks.

“United are on a good run and they’ve managed to sort out their home form for the last three games, certainly.

“Tottenham had a good win. If Chelsea or Leicester win, they’re back in the top four.

“And you can’t write off Manchester City. We’ve been critical because they’ve set such high standards over the last few years.

“There’s certainly five or six teams that will feel, if they can get their act in order, they can win the league.

“But I still think Liverpool will be hard to beat.”

It comes as Keane’s prediction for United at the start of 2020 has proved to be correct.