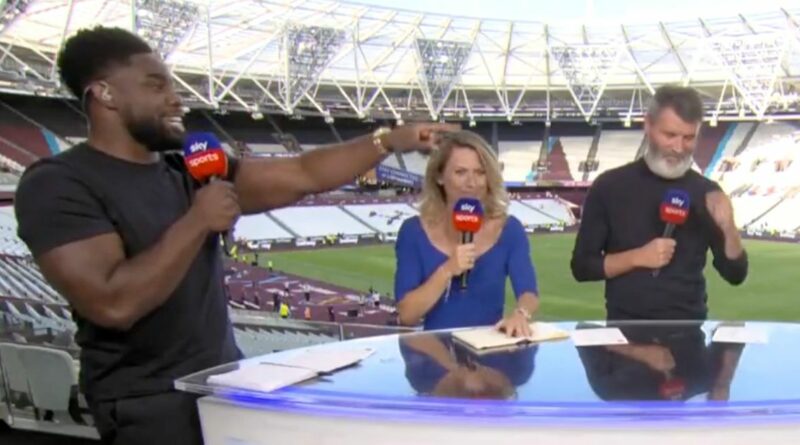 It's not often that Roy Keane is left speechless, but Micah Richards had the Irishman lost for words after he brought up the infamous tackle on Erling Haaland's father.

Keane and Richards were part of the punditry panel for Manchester City's Premier League opener against West Ham, with Haaland making his league debut. It was well documented that Haaland's father, Alf-Inge was in attendance, and he watched on as his son scored two goals to open his City account in style.

And with Haaland's dad in the crowd, Richards couldn't resist the urge and brought up the tackle that saw Keane all but ended his career during a Manchester derby in 2001. Keane was left red-faced, but seemed to enjoy Richards' joke as their unique friendship continues.

The panel were discussing where Haaland gets his athleticism from, and Karen Carney explained how the striker has great genes. The former England Women's international said: "We checked it earlier, his mum is an athlete as well and we know what his dad has done in his history. He's going to be an absolute specimen…"

Host David Jones then interrupted, and asked: "What's his dad done?" And Richards saw his golden opportunity and took it. "He was waiting for Roy over there before," Richards joked. "I have never seen Roy so nervous, to be honest."

Richards referenced the infamous incident that saw Haaland's career decline, as Keane got his own back after the Norwegian had mocked him for being injured while playing for Leeds years earlier. Keane was suspended for three games and fined £5,000 initially back in 2001, before admitting he meant to foul Haaland and was given a further five-game suspension and an extra fine of £150,000.

Is Roy Keane's tackle on Erling Haaland's father the worst in history? Let us know in the comments section.

During an interview on The Overlap last summer, Keane admitted to Gary Neville that he still thinks about the 'stupid' incident as he seemed to express regret. "In football I guess maybe when I done my cruciate, the Haaland stuff, when I got injured," Keane said.

"Yeah a bit stupid. But I don’t think I deserved to do my cruciate for it.," Keane added. The former Manchester United star revealed in his autobiography that he intended to hurt Haaland, as he revealed: "I’d waited long enough."

There was just four minutes of the Manchester derby remaining when the United captain committed the awful studs-up challenge which sent Haaland flying to the deck. Keane then leant over the City player and offered some choice words before storming off the field.

Arsenal misfit Guendouzi 'in contact with Barcelona, PSG and Inter' 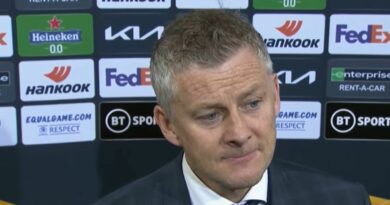