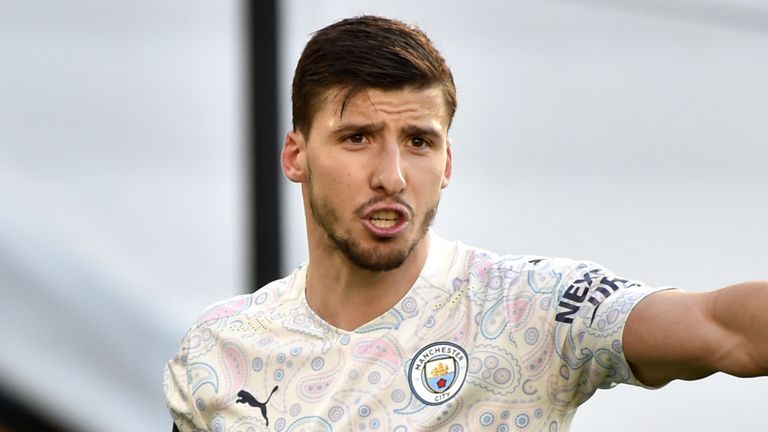 Manchester City defender Ruben Dias is bidding to complete a player-of-the-year double after being nominated for the Premier League’s award for the 2020/21 season.

Dias won the Football Writers’ Association award in May, beating his City team-mate Kevin De Bruyne – who won the Premier League Player of the Season award last season – and Tottenham striker Harry Kane to the honour.

West Ham midfielder Tomas Soucek and Chelsea’s Mason Mount, whose pass set up Kai Havertz to score the decisive goal in the Champions League final on Saturday, have also been nominated.

Dias was the first defender to win the FWA award since Liverpool’s Steve Nicol back in 1989, a recognition for his performances in the heart of a City defence which was a major factor in the club winning the Premier League.