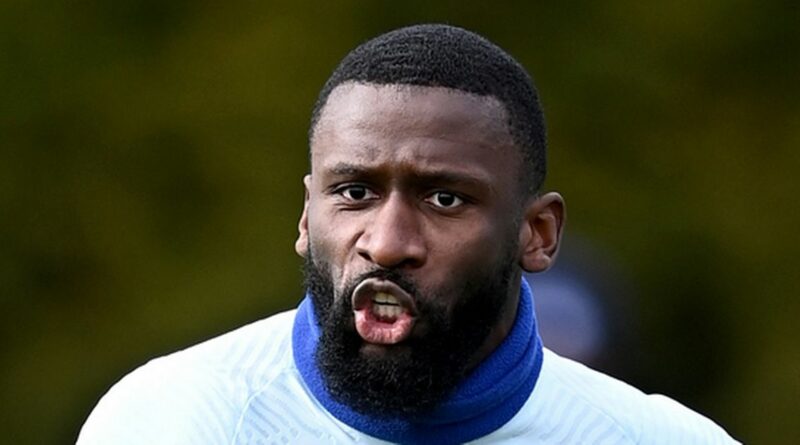 Chelsea star Antonio Rudiger had to be “removed” from a training session after a bust-up with goalkeeper Kepa Arrizabalaga.

The German got into a “pushing match” with the shot-stopper on Sunday morning, according to The Telegraph .

It comes less than 24 hours after the west London side capitulated to a 5-2 defeat against West Brom.

Rudiger and Arrizabalaga both watched from the sidelines as Thiago Silva received a red card after 27 minutes, opening the floodgates to the relegation battlers.

And the report states it saw tempers boil over in training the following morning at Cobham.

The pair were taking part in a small match when the defender clattered into him following a late tackle.

A “heated argument” quickly erupted and was followed by an escalation, with Tuchel eventually sending the German into the changing rooms five minutes early to cool down.

But the issue was resolved, with Rudiger apologising to Arrizabalaga later in the day as the manager declared the incident closed.

The defeat to West Brom was the new manager’s first since taking over from Frank Lampard, putting their Champions League place at risk.

The German is known for taking defeats badly – and the incident comes after Tuchel warned his side not to fall apart following the defeat.

He said after the game on Saturday: “We cannot, after 14 games, lose our heads and this cannot take away the trust in the players.

“It was a moment to be calm and honest (in the dressing room) and it will be a hard afternoon and evening for everybody.

“We have to accept the loss together and it is important to deal with it together, and I am part of it.

Rudiger has made 12 appearances under Tuchel, having been frozen out under Lampard.

And it saw the German fall out with club captain Cesar Azpilicueta during the Englishman’s tenure.

Mesut Ozil frozen out at Arsenal