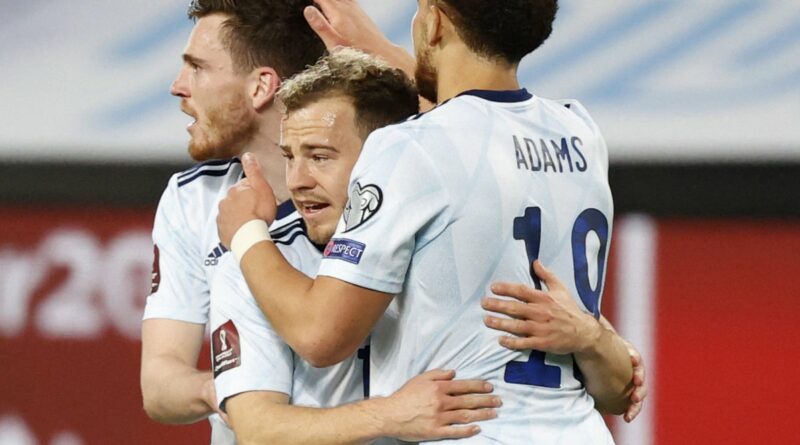 Ryan Fraser’s strike spared Scotland another defeat in Israel as they were forced to come from behind to claim another World Cup qualifying draw.

Fraser struck 11 minutes into the second half to earn Scotland a 1-1 draw in front of around 5,000 fans at the Bloomfield Stadium in Tel Aviv.

The hosts had taken a deserved lead a minute before the break when David Marshall palmed Dor Peretz’s long-range strike into the net.

Steve Clarke’s half-time reshuffle transformed Scotland and they threatened twice soon after the equaliser. But they had to settle for a second draw in three days after twice coming from behind against Austria.

Scotland had lost twice in Israel in the previous two-and-a-half years but the point leaves them already needing some big results in the group – top seeds Denmark won in the same stadium on Thursday and then thrashed Moldova 8-0.

Clarke shook up his forward line with Che Adams handed a first start and Fraser coming in as support. Callum McGregor was also recalled as Ryan Christie, Lyndon Dykes and Stuart Armstrong made way.

The warning signs were there for Scotland from the opening moments. Eran Zahavi scuffed a decent shooting chance after the hosts got down Scotland’s left and Manor Solomon shot wide following a ball over the top put Scotland on the back foot.

Scott McTominay soon had a couple of chances but headed wide from six yards after getting up well to meet Andy Robertson’s corner, before shooting off target from a difficult angle.

The first 15 minutes were surprisingly open but Israel continued to create chances while Scotland sat off and struggled to get up the park.

Zahavi saw a shot blocked by Grant Hanley and both Solomon and Shon Weissman hit efforts straight at Marshall after the hosts created two good chances down their right.

Adams was showing some good touches when Scotland managed to get the ball into him and he was close to reaching Fraser’s return pass. Ofir Marciano was out quickly to smother.

Clarke would have been keen to get his side in at half-time to reorganise but his team talk was thrown up in the air a minute before the whistle. 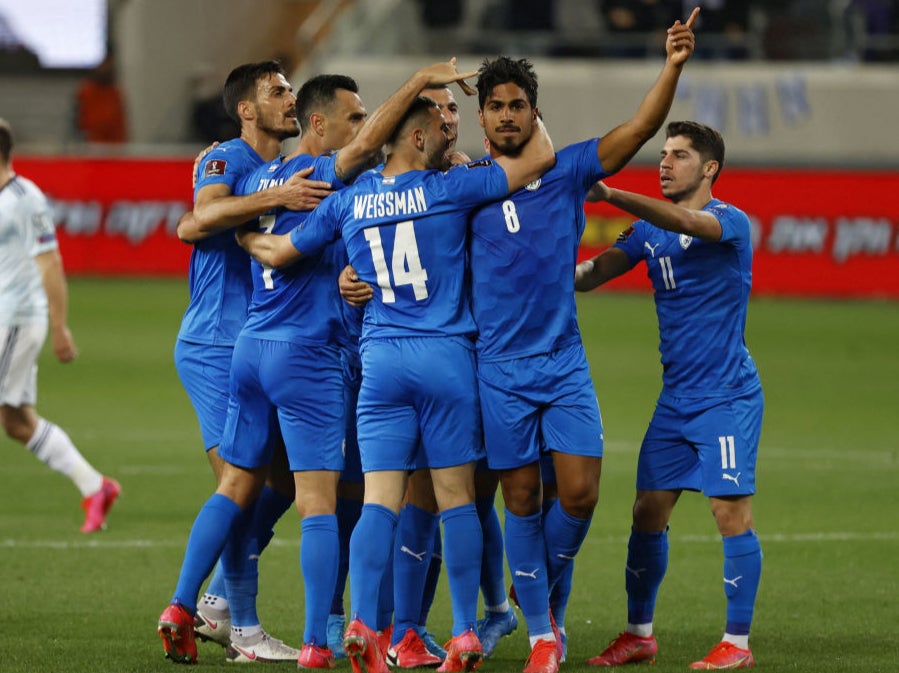 A diagonal ball from former Celtic defender Hatem Abd Elhamed put Scotland on the back foot and Israel quickly worked the ball inside to Peretz. The midfielder let fly from 25 yards and Marshall could only palm the shot into the top corner after getting two hands to the shot.

Clarke made a significant switch at the break, bringing on Ryan Christie for defender Jack Hendry and moving to a 4-2-3-1 formation.

Scotland came out with more purpose in and out of possession and Christie played his part in the equaliser with the ball near the halfway line and played it down the line for Adams. The Southampton forward drove to the edge of the box and played it square for Fraser, who checked and fired into the corner.

Adams soon caused more problems with his direct running and forced a good save from Marciano, who soon stopped Kieran Tierney’s long-range effort.

Israel settled and Sun Menachem headed wide at the far post for the hosts.

Both sides went looking for the winner and Scotland had their chances.

McTominay tried to steer an effort into the corner after Tierney’s low cross but an Israel defender blocked.

Christie mishit a chance with his weaker foot and Andy Robertson saw a shot diverted wide as Scotland pressed in stoppage time.