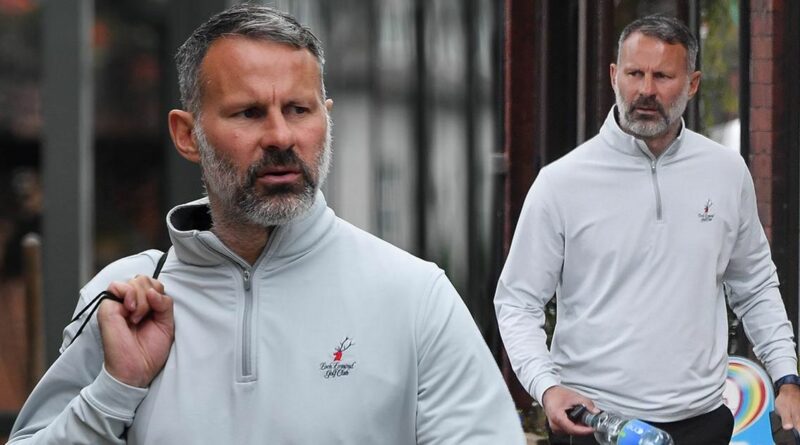 Ryan Giggs has been spotted with a bushy grey beard as he awaits the beginning of his court case days after Wales qualified for their first World Cup since 1958 under caretaker boss Rob Page.

The former Manchester United winger has been accused of assault and controlling coercive behaviour towards his ex-girlfriend and common assault of her sister – all of which he denies.

The trial of Giggs, 48, was adjourned from January until August 8 due to no court rooms being available to hear the case – which began with his arrest back in November of 2020 at his home in Worsley, Greater Manchester.

He said: "I have of course explained to him all of the facts that Your Honour outlined at the beginning of the hearing."

Judge Hilary Manley had explained: "Unfortunately it has become necessary to vacate this trial from the list for Monday. I'm afraid that other trials must take priority over this one."

She added: "Unfortunately due to the large backlog of cases for trial, which has been exacerbated by the pandemic, this is a situation which is a daily reality for the criminal courts."

Giggs has pleaded not guilty to controlling and coercive behaviour against his former partner Kate Greville between August of 2017 and November 2020.

He also pleaded not guilty to assaulting Ms Greville, causing her actual bodily harm, and common assault of her sister, Emma Greville, at his Greater Manchester home in November of 2020.

Giggs was appointed manager of the Wales national side, for whom he made 64 appearances between 1991 and 2007 as a player, in January of 2018 succeeding Chris Coleman.

Giggs led his side to qualify for Euro 2020, with assistant Page taking charge for their final two Nations League group games in late 2020.

Wales went on to finish second in their qualifying campaign for the World Cup in Qatar, winning in their playoff against Ukraine to qualify for the final tournament for the first time since 1958.