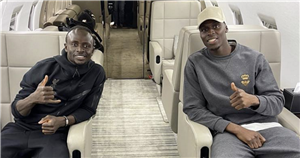 Premier League rivals Sadio Mane and Edouard Mendy travelled together as preparations for the Africa Cup of Nations get underway – hours after the goalkeeper called for the Liverpool forward to be sent off.

The Chelsea stopper helped his side bounce back from 2-0 down to secure a point at Stamford Bridge, but the contest could've been a very different one had referee Anthony Taylor shown an early red.

Mane clattered into Cesar Azpilicueta after just 15 seconds to be handed the fastest yellow card in Premier League history – leaving both Thomas Tuchel and Chelsea supporters livid it wasn't more.

Mendy was honest in his judgment after the fixture – but might well have brushed the question aside had he wanted a less awkward private flight ahead of the Cameroon-hosted tournament.

Mendy had told RMC Sport: "Sadio is my brother, my compatriot.

"But he should not have stayed on the pitch after one minute."

Following that, Mendy uploaded snaps of Mane and himself on their shared private jet to his 1.5million Instagram followers, ahead of Senegal's Group B matches against Zimbabwe, Guinea and Malawi.

Should Sadio Mane have been sent off against Chelsea? Tell us in the comments section

Senegal, who have been coached by Aliou Cisse since 2015, reached the final of the 2019 tournament following knock-out wins over Uganda, Benin and Tunisia – losing 1-0 to Algeria.

Following goals from Mane, Mohamed Salah, Mateo Kovacic and Christian Pulisic on Sunday, Tuchel lashed out at the Taylor's decision not to show a red card.

He said: "In the first game we got the red card and the referee was so quick to give the red card. They did not check it today.

"I hate to say it normally as I don't like a red card early in the game, it can kill it – and Sadio Mane should always be on the pitch because he is a brilliant player and a good guy – but it is a red card."

With Azpilicueta saying: "It's a clear red.

"I watched the replay but I didn't need this because live I knew it was a red." 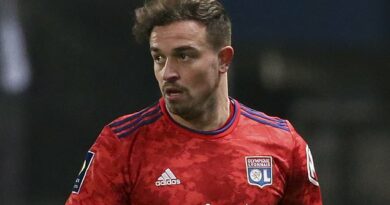