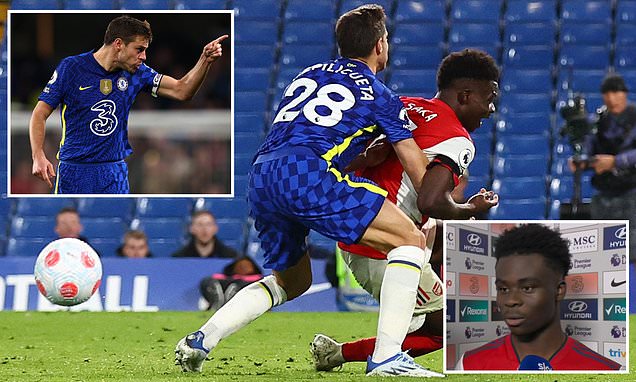 Bukayo Saka claimed he ‘had to go down’ after a tussle with Cesar Azpilicueta to win and score a late penalty in Arsenal’s 4-2 triumph at Chelsea.

The Gunners picked up a stunning victory at Stamford Bridge on Wednesday night, taking the lead twice in the first half through Eddie Nketiah and Emile Smith-Rowe before equalisers from Timo Werner and Azpilicueta pegged them back.

After the break Nketiah then added his second to edge them back in front, which looked like proving the winner until Saka netted a stoppage-time penalty to seal the three points. 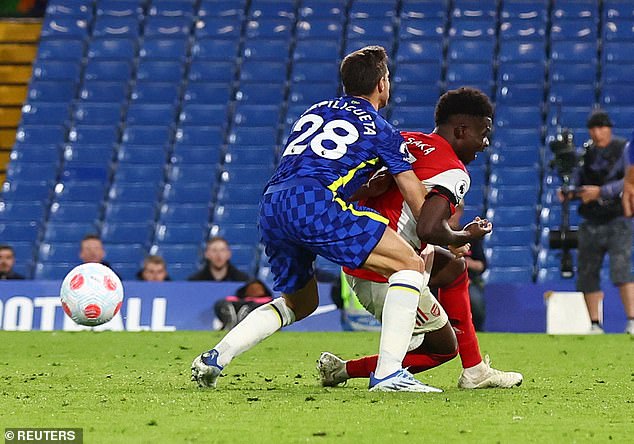 The latter converted from 12 yards after being pulled down in the box by Azpilicueta, who was left furious with the referee’s decision to point to the spot.

Yet after the match, Saka insisted Jonathan Moss had made the correct call because Azpilicueta was holding him ‘for five seconds’.

‘Of course [Azpilicueta] is going to be angry with me but it is what it is. It was a penalty,’ he said during his post-match interview with Sky Sports.

‘He was holding me for five seconds. I had to go down.’ 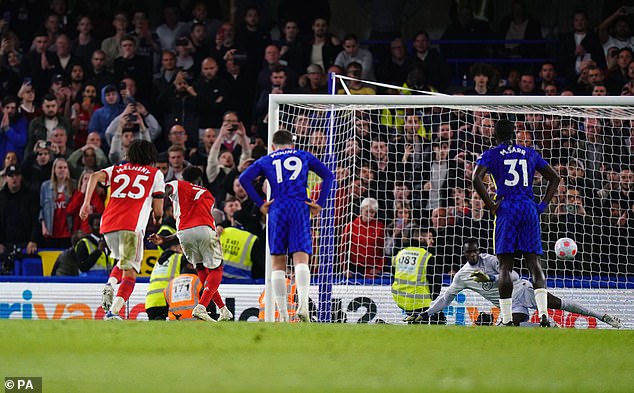 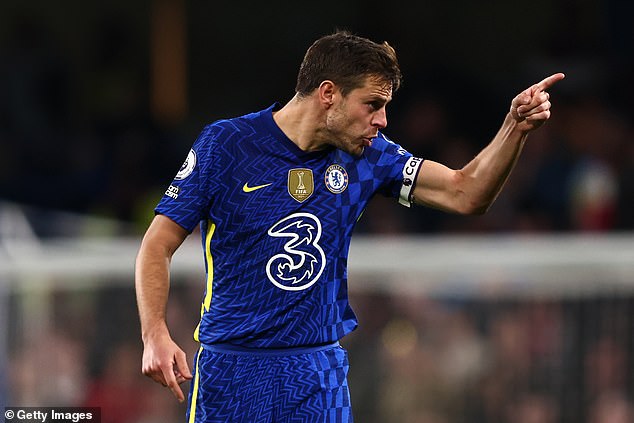 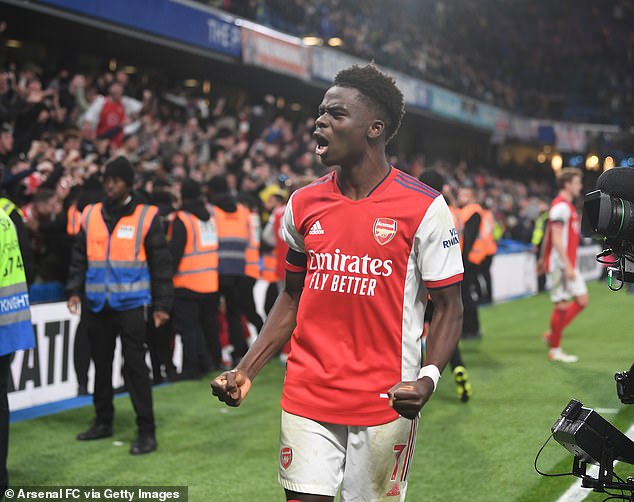 Moss’ decision sparked debate in the Sky Sports studio, with pundits Jamie Redknapp and Jimmy Floyd Hasselbaink torn over whether he should have awarded a penalty.

‘I think penalty,’ Redknapp said. ‘I think he gets himself in completely the wrong position, Azpilicueta. He’s not watching the ball, he grabs hold of him.

‘He’s grabbed him, got hold of him, he’s all over him. It’s not an obvious wrong decision from the referee. I think that’s a penalty.’

However, Hasselbaink replied: ‘Not for me. Saka knows what he’s doing and smartly, well done to the boy. He’s got to do whatever he’s got to do to win that match. 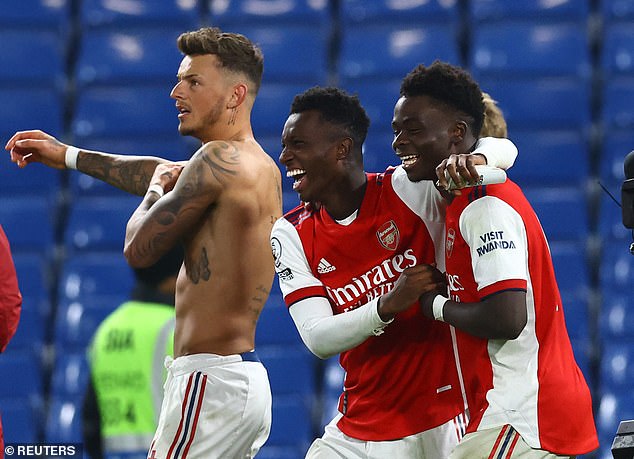 ‘But he’s holding his arm and then he goes down.’

Arsenal’s win over Chelsea came at a crucial time for them, having lost their last three Premier League matches and given up ground in the top-four race as a result.

‘We wanted to give the fans something to believe in us and we did that. We showed fight and character. It’s a huge result,’ Saka said.

‘It means a lot to us. Losing three games in a row is really difficult.’ 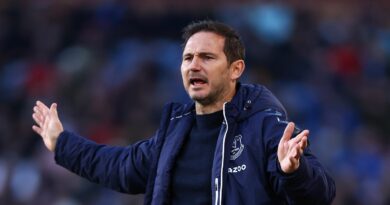