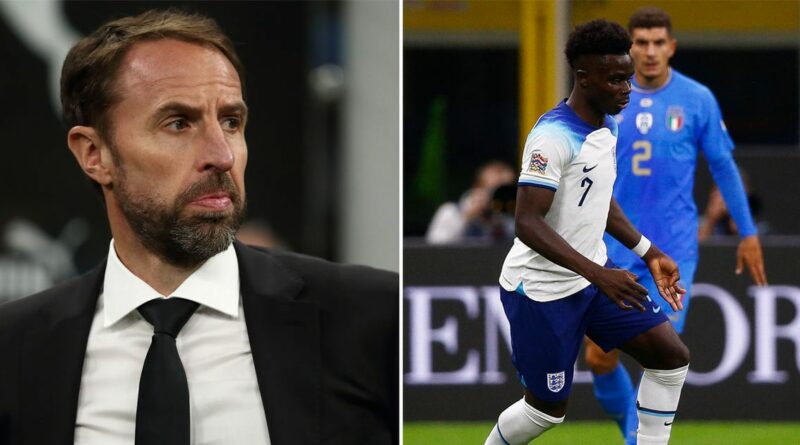 Bukayo Saka's struggles at left-wing-back against Italy have been blamed on Gareth Southgate by angry England fans.

Supporters believe the Three Lions boss is "ruining the England team" after watching another below par performance at the San Siro in their latest Nations League clash. The decision to start Saka out of position on the left side of a five-man backline has been highlighted by supporters as they took to social media to slam Southgate's tactics.

Saka, who was named England player of the year ahead of the match, is most commonly deployed on the right wing for club side Arsenal.

One disgruntled fan tweeted: "And people think we have a chance at the World Cup? We don’t even play players in there normal position!!"

Another added: "Southgate. Got no chance at the World Cup with him in charge." A third also wrote: "Southgate is allergic to attacking football. Won't be long before Kane is DM alongside Rice and Phillips"

One more supporter commented: "Southgate is ruining this team" Another also tweeted: "I don’t get these tactics at all. Players are obviously not comfortable in these roles"

Saka has been deployed as a wing-back by Southgate in the past, since being handed his international debut back in October 2020.

How far will England go at the World Cup? Let us know in the comments section below.

However, it is on the right-hand side of a front three where he most often appears for the Gunners, lining up on that flank in each of Arsenal's eight matches so far this season.

His difficult night in Milan comes just hours after he was announced as the Three Lions' player of the year, becoming the first Arsenal player to receive the award, which is voted for by fans.

England went into the trip to Italy having failed to win any of their last four matches, after beginning their Nations League campaign with two draws and two defeats back in June.

Following Friday's match, Southgate's side will host Germany on Monday night, their final match before he finalises his 26-man squad for the World Cup in Qatar. 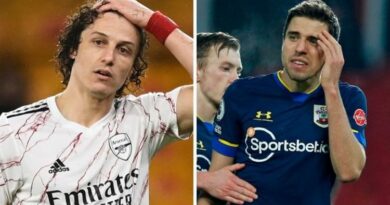 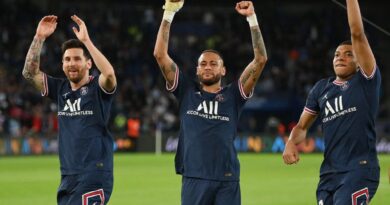 Is Real Madrid vs PSG on TV tonight? Kick-off time, channel and how to watch Champions League fixture