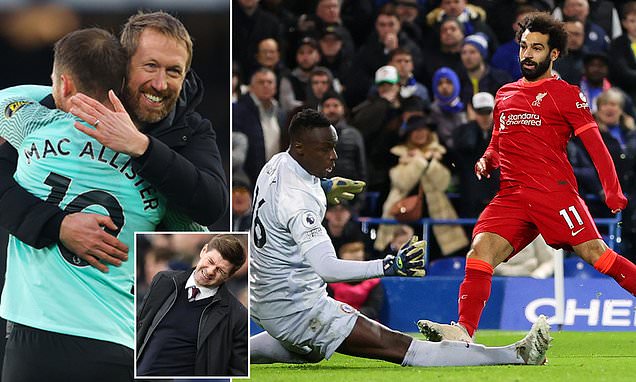 A new year has dawned, yet the Premier League action fizzes on at its usual electric pace, and the flurry of fixtures over the first few days of 2022 have provided plenty of talking points. Taking a fine toothcomb over the action, Sportsmail picks out the things we learned… 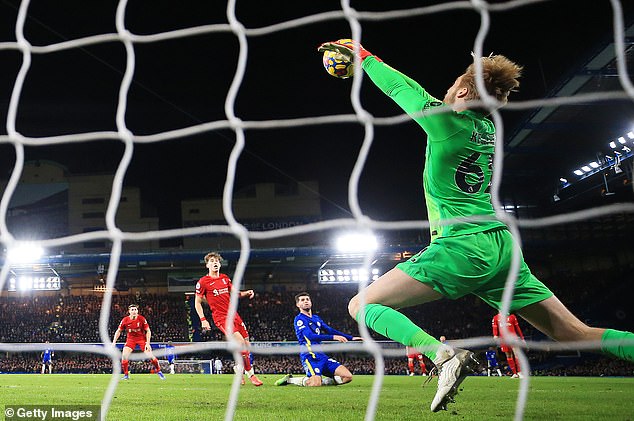 The Egyptian, even by his own ridiculous levels, is having a quite outstanding season.

Salah is ripping up the record books on a weekly basis and is blazing towards bonafide Premier League legend status.

His delectable body feint and near-post finish to render Edouard Mendy helpless at Stamford Bridge not only doubled Liverpool’s lead on the day, but added to his ever growing tally against his former employers. 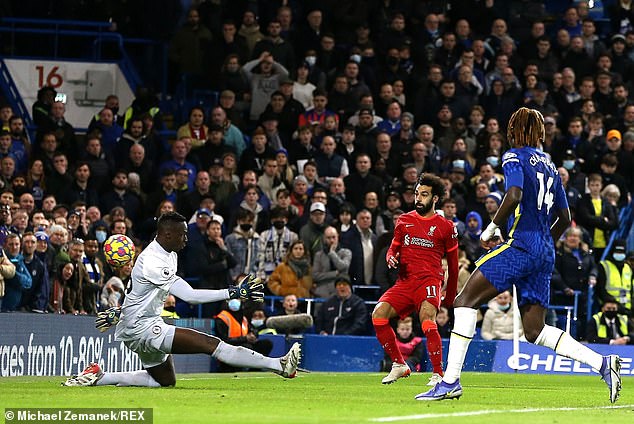 Salah has now scored four goals against Chelsea in the Premier League, the joint-most any player has scored against them after playing for them in the competition.

And, as it so happens, the other player who has four against the west London side is… Kevin De Bruyne.

Selling them is a twin nightmare Chelsea will forever have to live with.

Brighton may have faced Everton at their lowest ebb, but Graham Potter’s men put in a professional and well-dressed performance at Goodison.

The Seagulls did plenty of homework, identifying how best to destablise and dislocate Everton’s central midfield axis of Abdoulaye Doucoure and Allan.

The plan worked a charm, and at the heart of everything good was Alexis Mac Allister. 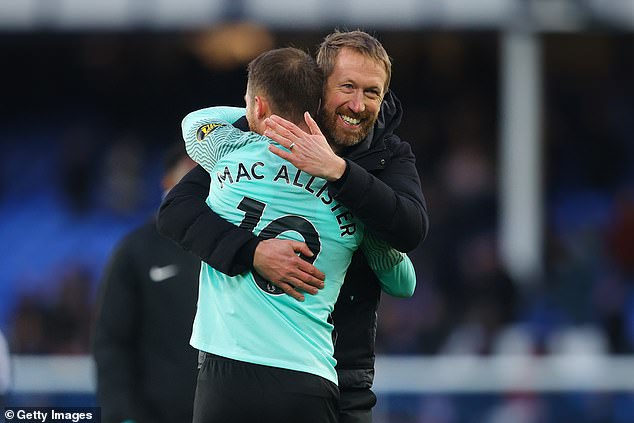 The Argentine-Scotsman filled in the half-spaces expertly and ensured Everton never had a moment to settle. His opening goal was a thing of beauty, picking up the ball in a loose area before stringing together a passage of play and finishing it off with a delicate half-volley.

MacAllister would go on to terrorise the Toffees, before unleashing a thunderbolt in the latter stages to wrap up all three points.

Brighton are onto something good right now, and their No 10 is instrumental to it all.

Gordon is fit to grace Goodison amid the chaos

Amid the jeers and clicking of turnstiles as fans left early, one good thing to come out of Everton’s Goodison meltdown was the performance of midfielder Anthony Gordon.

The local lad is shining brightly in the senior ranks and looking every inch the Premier League player. 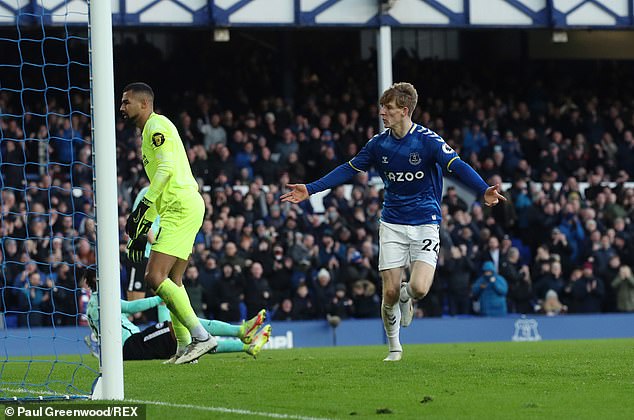 Rafa Benitez has trusted the 20-year-old to go out and showcase his abilities, while also putting in hefty measures of work-rate to keep the Toffees on top in matches.

Things can only go up from here for the youngster, though he cannot be relied upon to carry the burden of the club’s recent slump.

Kelleher is a fine deputy

A last-minute slot-in for the Covid-stricken Alisson Becker, Irishman Caoimhin Kelleher looked completely unfazed in the Liverpool goal, despite the magnitude of the situation.

Both Liverpool and Chelsea entered the Stamford Bridge showdown knowing defeat was simply not an option, and Kelleher proved this was not weighing on his mind from the off.

The opening stages saw him dive expertly at the feet of Christian Pulisic in a one-on-one situation which looked destined to be a goal. 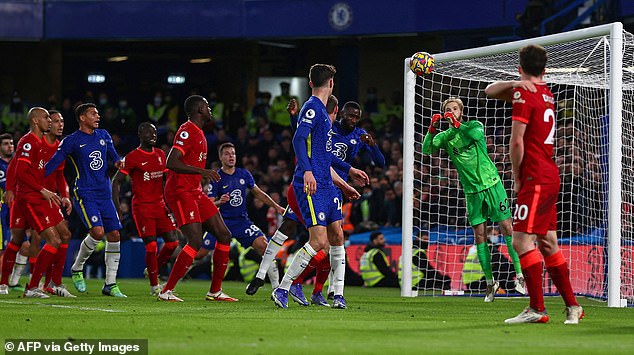 A series of nifty reflex saves were then produced by the youngster throughout, as Liverpool grew in stature.

In terms of conceding, both Chelsea’s finishes were of the highest quality. No goalkeeper in the world would feel shame at having got nowhere near Mateo Kovacic’s wonder strike, while Kelleher did very well to deter Pulisic from close range in the second half.

Man City are back on autopilot

While those around them falter, Pep Guardiola’s sky blue assassins have become a football juggernaut once again.

On it rolls, unrelenting. The wins just keep piling up.

Guardiola had no issue in saying his side were outplayed by Arsenal on New Year’s Day, yet that still did not matter. 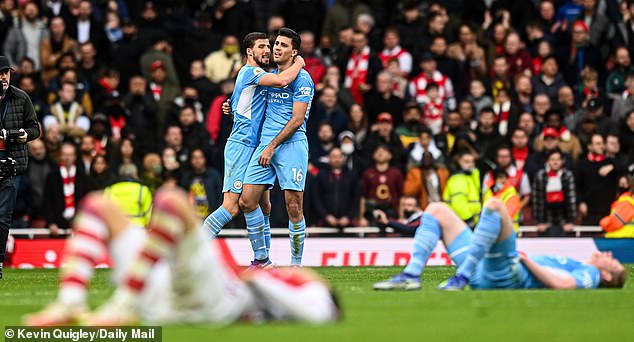 City dug in, did what they needed to do and pounced with the final touch of the match.

Rodri’s last-gasp winner was typical of a side who refuse to give up, and are now being steadily driven by a creeping realisation that the Premier League title is falling ever more into their grasp.

Gerrard is ready to let rip at Villa’s players

Brentford’s late winner against Aston Villa was met with frustration and anger in equal measure by Steven Gerrard.

The new manager rolled his eyes and looked to the heavens.

Post-match he spoke openly and honestly about what he felt went wrong. His Villa side are ‘over playing’ and failing to keep to the basics, he maintained. 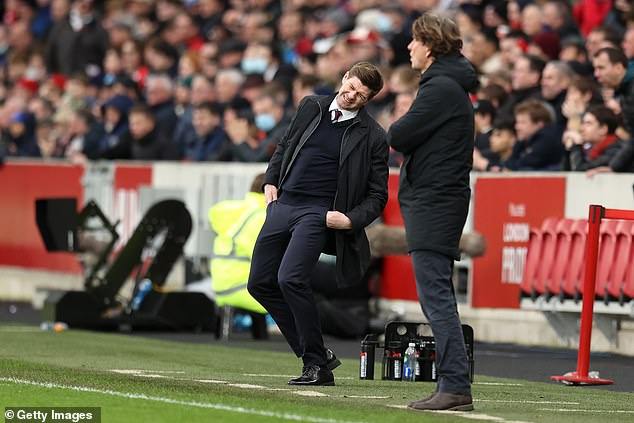 Furthermore, Villa stars are no longer ‘putting their bodies on the line’ like they did in the first few games of his reign, Gerrard mused.

It was scathing stuff from a Premier League legend with the highest of standards.

The waves may no longer be smooth, but the former Rangers chief is determined to ride them out and continue to build on his burgeoning reputation in the dug-out.

It will be intriguing to see how Villa’s players respond to his broadside.

Mourinho says top four with Tottenham would be his BIGGEST achievement 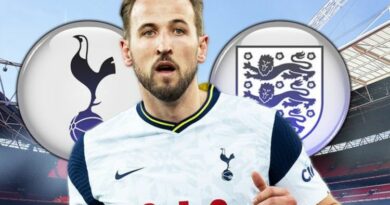