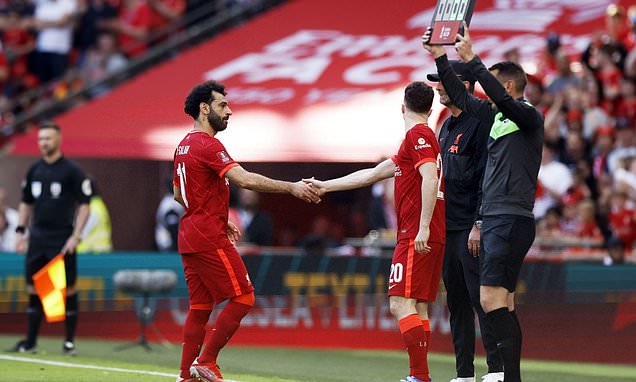 Liverpool’s star man Mohamed Salah was forced off in the FA Cup final with a suspected groin injury after only 32 minutes.

Salah, Liverpool’s top scorer this season, went down off the ball and was immediately surrounded teammates Thiago Alcantara and Sadio Mane before being treated by a member of Liverpool’s medical team.

Despite being consoled by his teammates, he looked understandably upset as he departed to be replaced by Diogo Jota. 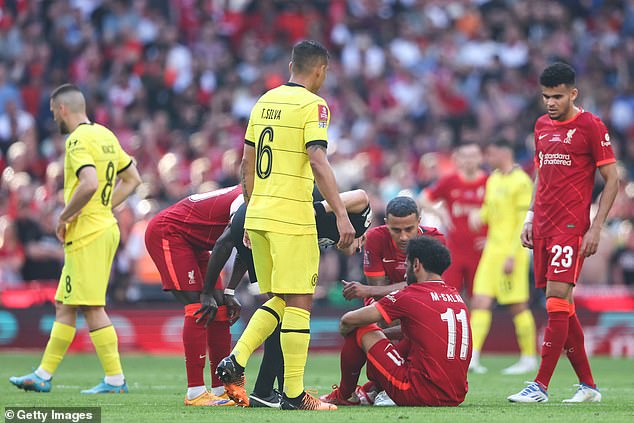 The Egyptian’s injury will leave Liverpool sweating over his fitness only two weeks out from the Champions League final against Real Madrid in Paris on May 28.

It is not the first time Salah has been forced off early in a major final for Liverpool, with the Egyptian also leaving the Champions League final in 2018 against Real Madrid in Kyiv before half-time thanks to a dislocated shoulder sustained in a dual with Sergio Ramos.

In a repeat of this year’s Carabao Cup final, Liverpool faced off against Chelsea in English football’s showpiece fixture. The game was finely poised at 0-0 at the time of his substitution. 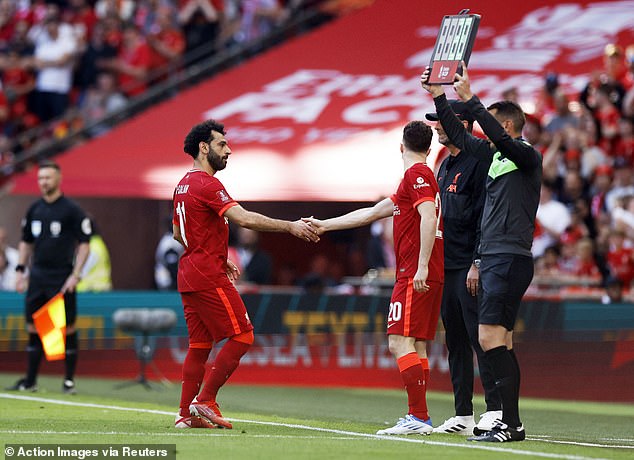 Coronavirus: Serie A ‘likely’ to play behind closed doors for one month, says Italy sports minister