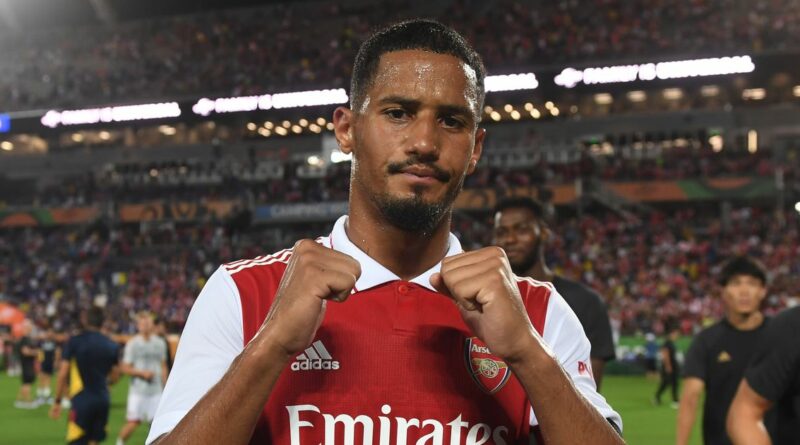 William Saliba has been told he is finally "ready" for Arsenal – three years after joining the club.

The French defender, 21, joined the Gunners from Saint-Etienne for £27million in the summer of 2019. Despite his hefty price tag, Saliba is yet to make a competitive first-team appearance for Mikel Arteta's side, with his only action coming in the Papa John's Trophy.

Saliba has found himself shunted out on loan to Saint-Etienne, Nice and Marseille, reportedly in order to aid his development, but much to the frustration of Arsenal fans. However, the future appears a little bit brighter for the star after Arsenal's 4-0 win against Chelsea in the Florida Cup.

The youngster played the full 90 minutes in the Gunners' rout over the Blues, prompting Arteta to suggest that he is finally ready for first-team football in north London this season.

"He looked ready to me today," Arteta said. "We will keep developing him, he has a huge potential, he is already a top player and we have to make him even better."

Arteta also spoke positively about Saliba after Arsenal's 3-1 win over Orlando City last week. "We always have a plan, and when we have to execute, that's a different story, and football is a really funny game, but we are really happy to have him," he said.

"You can see the way he's adapted, the way he's matured, and he's playing well, and we are delighted to have him."

Reports earlier this month suggested that Saliba was the subject of interest from clubs on the continent, including Barcelona and Marseille, where he made 52 appearances last season.

Do you think Saliba deserves a chance this season? Let us know your thoughts in the comments section below.

Arsenal are said to be aware of interest in the 21-year-old and are hoping to tie him down to a new contract. However, it was also claimed that the player is unwilling to agree fresh terms unless he becomes a regular in north London.

Judging by Arteta's comments at the weekend, that could now be a real possibility.

Brendan Rodgers reveals he will sell ‘one or two’ Leicester players