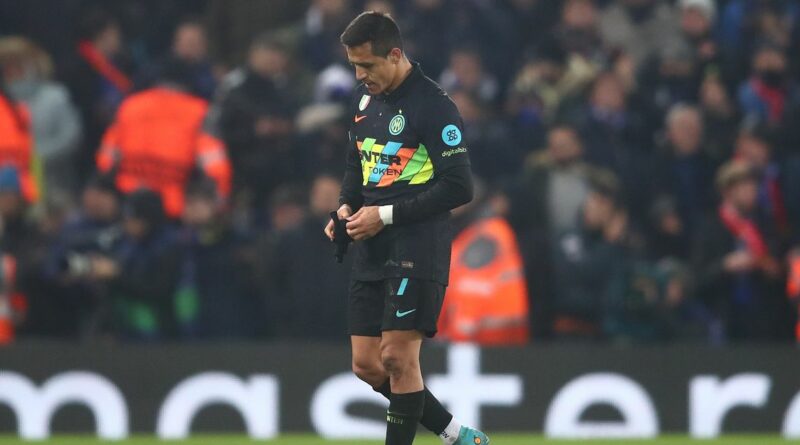 Inter Milan striker Alexis Sanchez has been bombarded with criticism from all angles after being sent off against Liverpool in the Champions League on Tuesday night.

Just seconds after his teammate Lautaro Martinez had put Inter 1-0 up against Liverpool and halved their aggregate deficit, the former Arsenal star was dismissed for a second yellow card.

After being booked in the first half, Sanchez reached for a 50/50 with Fabinho and, after reaching the ball first, caught the Brazilian midfielder with his follow-through.

Speaking to BT Sport about Sanchez’s dismissal, former Manchester United defender Rio Ferdinand said: “He’s won the ball, you can’t tell me he shouldn’t try and win that ball, look how low his leg is. He’s bringing his leg away, in slow motion like that it makes it look worse than it is.

"He’s actually going to win the ball, he’s stupid for giving the referee the chance to make a decision, but it’s harsh. Yes, it’s a foul, but I don’t believe it’s a yellow."

But it was not just Ferdinand who has questioned why Sanchez dived into the tackle having already been on a yellow card, goalscorer Martinez was also infuriated by his strike partner's rash decision-making and implied that it cost Inter their chance of progressing into the quarter-finals.

Speaking after the game, the Argentine striker told Sky Sport Italia: “We did what we wanted to, we showed character, the desire to go through.

"When we took the lead in a difficult arena with so much enthusiasm, it’s a pity to then go down to 10 men, because these are the things that can make the difference.

"We have to turn the page straight away and try to look forward. We are out of the Champions League, we have the Coppa Italia, we have Serie A and must try to do our best, learn from these mistakes and try to keep improving."

After Sanchez’s red, Liverpool went into cruise control and Inter hardly had a chance to double their advantage and take the game to extra time.