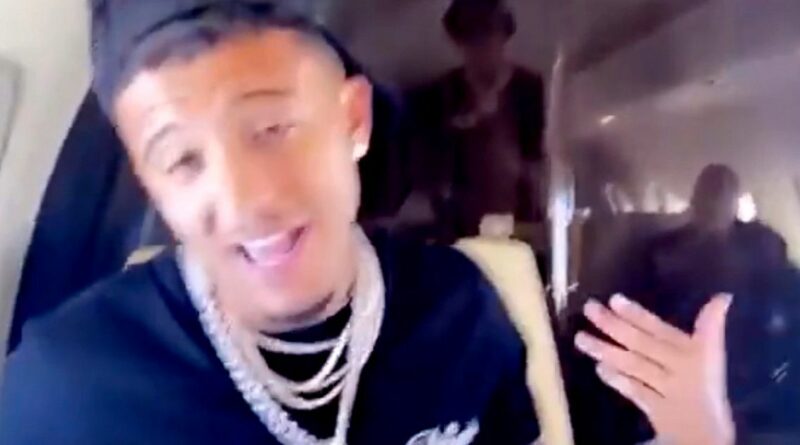 Manchester United forward Marcus Rashford and Borussia Dortmund wideman Jadon Sancho have ditched England and headed for the shores of Turks and Caicos to wind down after a gruelling season.

The Three Lions were beaten on penalties by Italy in the final of Euro 2020 with both Rashford and Sancho brought off the bench in the final stages of the game to take a spot-kick.

Rashford was deployed at right-back for the latter stages of extra-time in place of Kyle Walker but his crucial penalty rebounded off the post after a stuttered run-up.

Sancho saw his effort saved by Gianluigi Donnarumma as the England blew their early shootout advantage and fell to eventual defeat in their first major final since 1966. It has been a gruelling season for both Sancho and Rashford who have played 48 and 64 matches this season for club and country respectively.

Consequently, the pair have decided to jet off on holiday together to the Turks and Caicos Islands in the West Indies.

WIth reports of Sancho undergoing a medical at Carrington this week and United having agreed a £73million fee for the transfer of the Dortmund winger, Man Utd fans have been jumping to conclusions that the transfer is all but done.

How successful will Jadon Sancho be at Manchester United? Let us know in the comments section Especially now the pair are spending their downtime together.

Having been based at Burton with the England camp for the previous four weeks, you could forigive Rashford and Sancho for wanting time apart.

But fans will be hoping an ever-blossoming friendship translates to a fruitful 21/22 season for the Red Devils.

Under the current rules, Rashford and Sancho will not have to quarantine when they return from their luxury vacation as Turks and Caicos is on the recently updated green list.

However, the Island is currently under review and if it is recategorised to amber, the pair will have to quarantine for 10 days unless they are fully vaccinated.