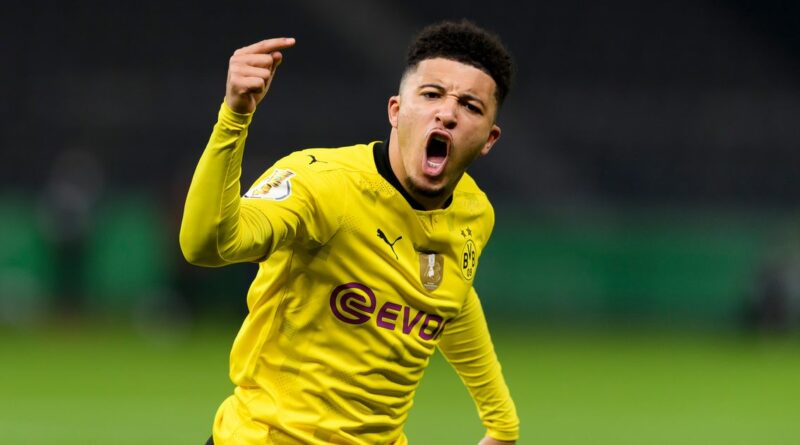 Borussia Dortmund, and England, star Jadon Sancho is a wanted man, and he looks set to end up at Old Trafford after Dortmund slash his price tag ahead of the transfer window.

Sancho joined Dortmund – after leaving Manchester City's youth set-up – in 2017, and the winger has gone from strength to strength for the German outfit.

Manchester United moved for the Englishman last summer – and the pair agreed personal terms – however, they couldn't agree on a fee.

Dortmund wanted €120million for his services, but they could ask for a smaller sum this window, according to SPORT1.

SPORT1 believe that Dortmund would accept a bid in the region of €90million for the winger.

The cut-price is believed to be due to the economic knock-on of the Coronavirus pandemic, and the fact Sancho is entering the final two years of his contract.

And various reports in England are suggesting that Sancho would like a deal to be wrapped up before the start of Euro 2020, on June 11.

With personal terms already agreed – it's a case of the clubs agreeing to a fee.

Do you think United will sign Sancho? Let us know in the comments section

Sancho is currently with the rest of the England squad, in the North East, as they prepare for his first major international tournament.

England kick off their campaign on June 13 with a fixture against Croatia, who caused England heartache two years ago, knocking them out of the World Cup semi-finals.

Roma pull out of International Champions Cup in USA