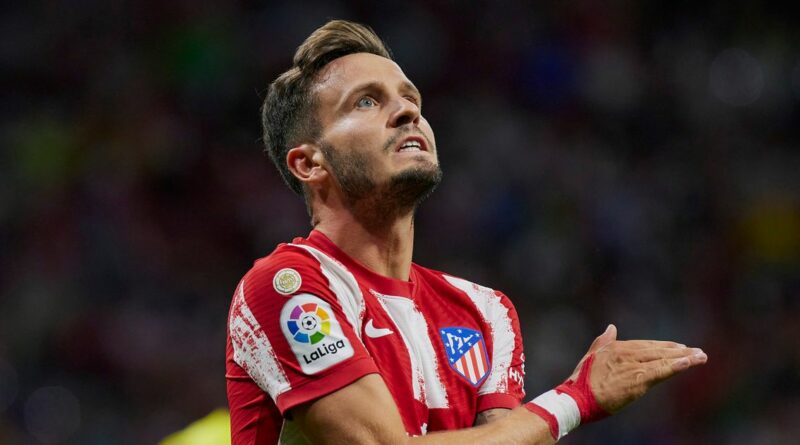 Chelsea’s new loan midfielder Saul Niguez had a David de Gea worry as his transfer went down to the wire.

The Spaniard has joined the Blues from Atletico Madrid on a season-long loan, with the Premier League side having an option to buy.

It all happened in the last hours of Transfer Deadline Day as a £4.3m loan fee and personal terms were agreed with five hours to go.

And Saul, who played a key role in Atletico’s La Liga-winning side last season, admitted that he was worried it would be too late, comparing it to a compatriot’s contract situation.

Speaking during a Twitch interview, the 26-year-old said: “At 11:57 p.m. we finished reviewing the contract and they had to see it there.

“I was like De Gea. I thought: 'This is not going to come in and that's it.' It has been a long afternoon and night.

"My wife was very nervous, we have had some very complicated days, because this decision is not easy. Leaving my house on a new adventure is complicated.”

Saul’s quotes are a reference to a debacle which nearly saw the Manchester United goalkeeper head to Real Madrid.

The Spaniard was pushing for a late transfer in 2015 under Louis van Goal – but a faulty fax machine meant the paperwork could not be processed on Transfer Deadline Day.

Do you think Saul Niguez should start for Chelsea? Let us know in the comments section.

And the 26-year-old admitted that another goalkeeper from the same country influenced his decision, with: “Kepa [Arrizabalaga] being at Chelsea has been an important step in my decision.”

The former Athletic Bilbao shot-stopper has been at Stamford Bride for four seasons now.

But Saul holds ambitions of challenging them, adding: “Chelsea has promised me to train in my position, to play we will see.

“To return to certain customs that I do not do now, that is the most important reason for my decision.

"The three midfielders who are playing are at a high level, it will not be easy to play, but if I put my mind to it and fight it, I can get it.”

"I'll give it a try and see what happens. Give it my all and help Chelsea so that he [Tuchel] can see the Saúl I want to show. Not just a versatile player.

“They promised me that I would play in my position. It was very important.”

What Man Utd fans did to greet Coutinho amid transfer speculation

Football's video analysis revolution: From the top clubs to the masses