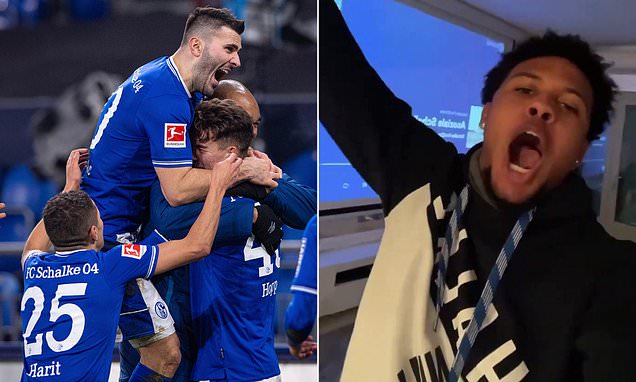 Schalke finally ended their 30-game winless run as 19-year-old Matthew Hoppe bagged a hat-trick to help give the Bundesliga side their first league victory in 358 days.

The German side are on their fourth manager of the season and were rock bottom of the table with their last three points coming on January 17, 2020.

But their 4-0 victory over Hoffenheim means they have moved off the foot of the table and avoided equalling a league record of 31 games without win, which was set more than 50 years ago. 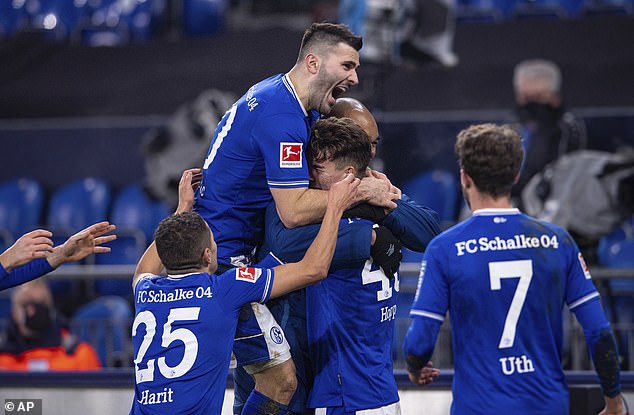 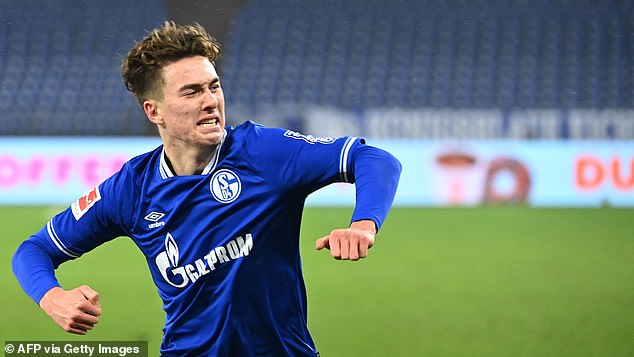 The result is a huge relief for the players and staff and it seems former Schalke star Weston McKennie was also overjoyed with the win.

McKennie, who left Schalke for Juventus in August, tagged the club in a celebratory video on social media in which he sang in German.

The club shared the post with the caption: ‘Once a Schalker, always a Schalker.’

It was McKennie’s United States team-mate Hoppe who was the star of the show with the youngster scoring his first three senior goals in only his fifth appearance.

Amine Harit was the provider for each of Hoppe’s strikes and the midfielder got on the scoresheet himself to round off an emphatic victory.

Christian Gross was appointed as the club’s new manager on December 27 after Huub Stevens was sacked. Manuel Baum and David Wagner were also axed by the German club earlier this season.

Gross suffered a 3-0 defeat by Hertha Berlin in his first game in charge on January 2 but will now be hoping this result can be a turning point in the club’s campaign. 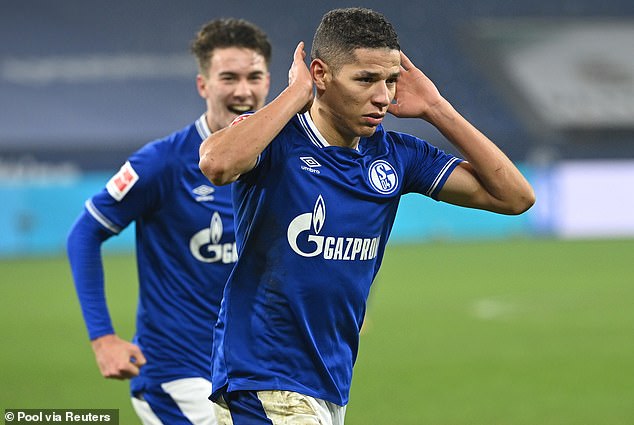 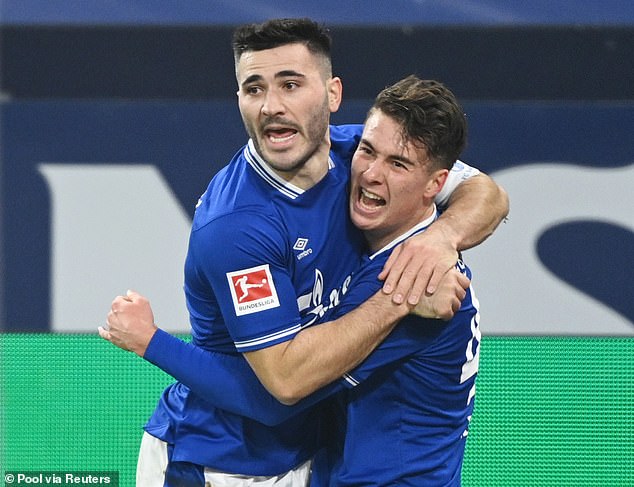 The win also came on Sead Kolasinac’s first game back for the club after he joined on-loan from Arsenal last week.

The defender captained the side and received a congratulatory message from his Gunners’ team-mate Mesut Ozil.

The midfielder tweeted: ‘Yessss my brother!!! Ladies and gentlemen – The Kolasinac Effect! Maschiiiine!!!’

Schalke had kept just one clean sheet in their last 30 games before Kolasinac’s arrival. The club managed to leap-frog Mainz in the table and are three points behind Arminia.