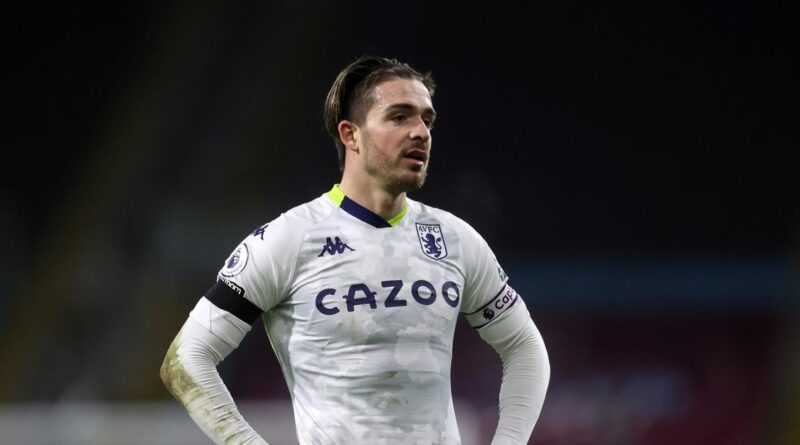 Paul Scholes has urged Aston Villa captain Jack Grealish to "get out now" amid ongoing transfer links with Man Utd and Man City.

Speculation surrounding the 25-year-old has been rife since his return to the top-flight with Villa at the start of last season.

Grealish has produced increasingly impressive performances and his impact this season has now put him in the running for the PFA's Player of the Year award.

But Scholes feels the England international will not be picking up the coveted prize until he leaves Villa behind for a bigger club.

"Don’t get me wrong, I love the player, but if he was doing this at Man United, Liverpool, City, one of the top clubs, then he’d be up there, he’d possibly be top three," Scholes said told Optus Sport .

"There is no pressure on Villa. If he is at a top club then he needs to win every week. He needs to leave Villa to prove that (he is a top player)."

United were heavily linked with signing Grealish last summer but the coronavirus pandemic effectively put paid to any chances of a big-money move.

He then opted to sign a five-year contract at Villa in the hope his boyhood club can match his ambitions, though they are currently falling short in their quest to seal a European spot.

"Jack Grealish is probably the same (as Paulo Di Canio). It is all about him at Aston Villa. He needs to get out now to a club that need to win every week, there is pressure to deliver trophies," Scholes added. "He is capable of doing it, but there will always be a doubt until you do it." All the latest big football stories, transfer exclusives, hard-hitting analysis and unmissable features will be sent directly to your inbox every day.

Former Chelsea star Joe Cole was in agreement with Scholes, and feels Grealish is in a similar situation to what he experienced early in his career.

"I’ve been in that team where you are the player people look to, when I was younger at West Ham," Cole said. "I got itchy feet at a certain age; I wasn’t developing as a player because I was trying to do things I wasn’t good at, trying to do everything.

"At times with Jack (it is the same, although) he has cracked it a little bit this year with better players around him.

"When he goes to a bigger club – which he needs to – he will go onto the next level."

Grealish has already taken his game up a notch this season to force his way into the England squad, where he now seems to be an almost guaranteed starter.

Man City star Kevin De Bruyne is a fan of the midfielder's talents after coming up against him for Belgium, and is said to have reported back to club boss Pep Guardiola.

Which club would be a good fit for Grealish? Have your say below.

But Cole has warned Grealish it will not be plain sailing if he does choose to move on.

"When you are playing in a struggling team, it is tough. When you have a big game it is more satisfying because he is dragging his whole team with him," Cole added. "But the next challenge is can he go and link into a Manchester United team.