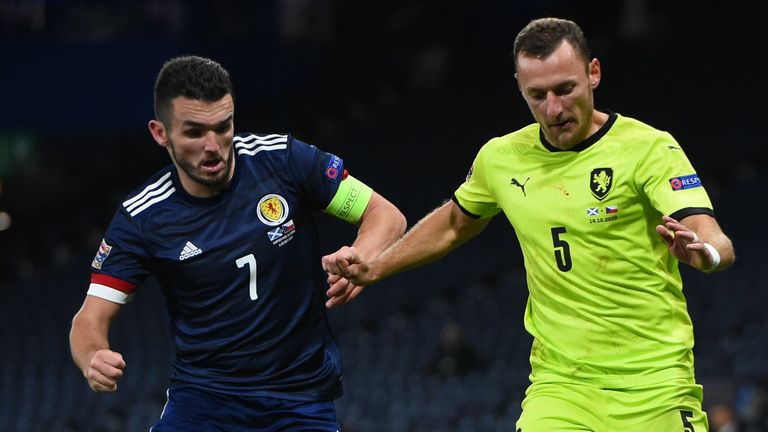 Scotland tightened their grip of top spot in Nations League Group B2 with a resilient 1-0 victory over the Czech Republic at Hampden Park.

Ryan Fraser gave Scotland a sixth-minute lead before a dogged defensive display in the face of sustained Czech Republic pressure secured a third clean sheet on the spin as Steve Clarke’s side opened up a four-point lead at the top of the table.

It is now eight games since Scotland last tasted defeat – their longest unbeaten run since 1988 – and sees them complete preparations for November’s crunch Euro 2020 play-off against Serbia with another encouraging victory that will only fuel hope of reaching their first major tournament in 22 years.

Scotland travel to Serbia for their Euro 2020 play-off final on November 12 at 7.45pm – live on Sky Sports Main Event – before resuming their UEFA Nations League campaign away in Slovakia on November 15 at 2pm.

Czech Republic travel to Germany for an international friendly on November 11 at 7.45pm before hosting Israel in the UEFA Nations League on November 15 at 7.45pm.

Ziyech reveals rapport with Lampard convinced him to join Chelsea