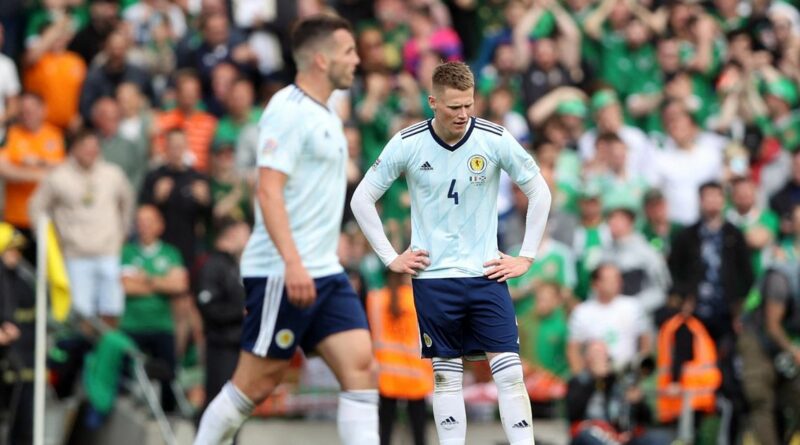 Scotland fans have lost their minds at their "shambles" performance on Saturday as the "worst Ireland team ever" ran riot at the Aviva Stadium.

Goals from Alan Browne, Troy Parrott and Michael Obafemi saw the hosts race into a 3-0 lead in under an hour as they took advantage of some poor Scotland defending. It could have been even worse for Steve Clarke's side as well, with Scott Hogan's header disallowed by VAR after he thought he had grabbed a fourth goal.

The Tartan Army were left in shock by Scotland's performance and flocked to Twitter to react to the defeat.

A third supporter also wrote: “Shouldn't even be shocked Scotland getting beat by one of Ireland's worst teams in recent years.”

One other fan added: “One of the worst Ireland teams I can remember beating Scotland 2-0. Shambles at the back. Turned it off, not wasting my Saturday night watching that s****.”

Will Scotland qualify for the 2024 European Championships? Let us know in the comments section below. An England fan even got involved and tweeted: “Scotland going for worst national team of all time how you losing to Ireland man.” Another unimpressed Scotland fan simply wrote: “Scotland losing to one of the worst Ireland teams I have seen. Shambles.”

The result saw Ireland claim their first competitive win at the Aviva Stadium since beating Gibraltar 2-0 back in June 2019, with Stephen Kenny's side leapfrogging Scotland into second in their Nations League group.

It comes after they had been beaten by Armenia and Ukraine in their first two matches, whilst Scotland won their opener against Armenia on Wednesday.

Browne had given Ireland the lead in the 20th minute after bundling the ball in after a knockdown from a corner before Parrott doubled the lead eight minutes later. Obafemi completed the scoring just six minutes after half-time as he caught out Craig Gordon in the Scotland goal with a stunning long-range strike.

Scotland will end the international break on Tuesday when they face Armenia away, with Ireland travelling to Poland to face Ukraine. 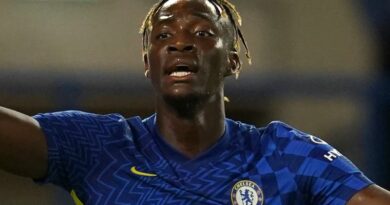 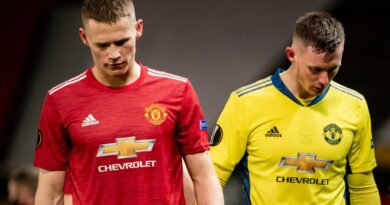