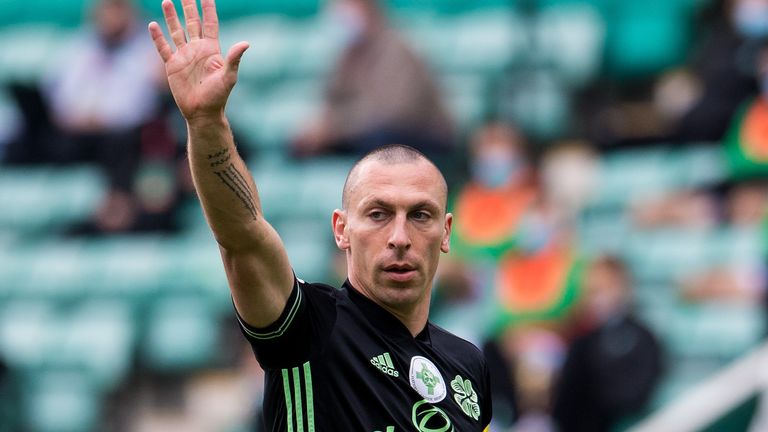 Celtic captain Scott Brown could not resist a parting shot at Rangers as he ended his 14-year Parkhead career by insisting he was a “proper invincible”.

The 35-year-old midfielder, who will join Aberdeen as a player/assistant next season, played his final game for Celtic in Saturday’s 0-0 draw with former club Hibernian at Easter Road.

Newly-crowned Scottish Premiership champions Rangers, who stopped Celtic making it 10 titles in a row, crushed Aberdeen 4-0 at Ibrox to go through the league campaign unbeaten.

However, with a nod to the 2016/2017 season when the Hoops won the first of four domestic trebles without losing a game, Brown said: “We know we have had a bad season, but it has been 13 fantastic seasons for me beforehand. I have enjoyed every single moment of it.

“You do have to think about this season too as it’s a learning curve.

“But I would rather be in my situation than anyone else’s. We have gone proper invincible throughout the whole season.

“It does take its toll on everyone’s body and that is what happened this year. We gave it everything we could, but we just couldn’t get the 10.”

Brown also had a message for the Hoops faithful, whom he admitted missing throughout the season.

He said: “I think it’s just to stick with the lads. These lads have been fantastic over the years, we’ve won so many trophies.

“We’ve had one bad season but if you look at our stats in the last four or five years especially, we’ve won a trophy every four or five months.

“We’ve not done as well as we probably should have this season but stick with the lads.

“There will be fresh faces in the building, it will be fantastic and you will be back to winning ways soon.

“I’ll miss playing in front of 60,000. They have been a huge part of my life over the last 14 years and they’ve been fantastic with me on and off the field.

“It’s just sad that I can’t say goodbye, but I will be back with Aberdeen next season.

“I will maybe wave at them or I will get booed off the park – or one or the other.

“When I come back I want to be a winner and take Aberdeen as far as I can.

“I have done that at Celtic and have so many fantastic memories from different players and managers.

“It’s been one high after the other and now it’s a new chapter for me at a new club.” 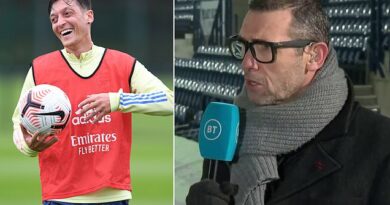 Keown hits out at Ozil for 'undermining' Arsenal and 'conning' fans