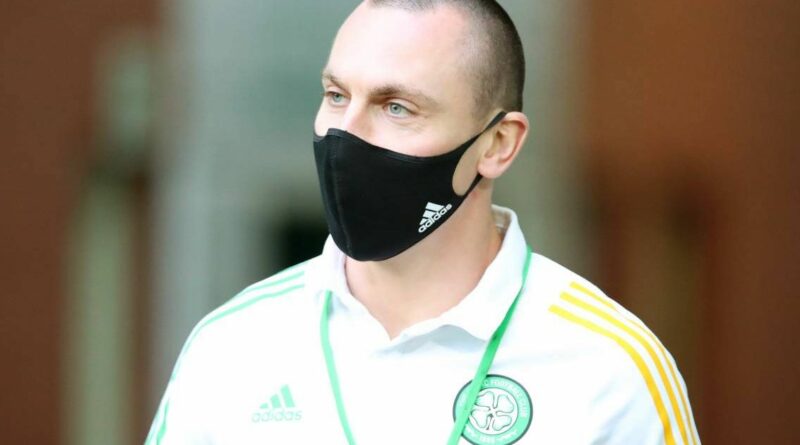 Celtic captain Scott Brown immediately walked out of an interview after being asked about the prospect of Rangers winning the Scottish Premiership title at Parkhead.

The Scottish champions' title defence is in tatters after a torrid campaign, and defeat at Rangers left them in a precarious position.

Celtic are now 18 points behind Steven Gerrard's side, and have reportedly parted ways with Neil Lennon as a result.

If things stay as they are, Rangers will have the chance to win their first league title since 2011 at the home of their Old Firm rivals.

Rangers travel to Parkhead on March 21 and could wrap up the title there and then.

That scenario is clearly unthinkable to Brown, who was in no mood to discuss the possibility with Sky Sports.

Speaking after Sunday's 1-0 defeat to Ross County, Brown was asked about the possibility of Rangers winning the title at Celtic's ground, but refused to answer.

Sky Sports claims Brown quickly ended the interview after refusing to give up on Celtic's title challenge.

Brown said: "We take it one game at a time. We look forward to playing next week and have got to focus on that game and make sure we are ready.

"That's what this club is all about and this season has not been great for us, to be perfectly honest, and that performance probably does sum up our season – played not too bad throughout the 90 minutes and lose 1-0."

Reports suggest Brown could be in line for a coaching role at Celtic after Lennon's dismissal.

The head coach has apparently been fired by the club, with John Kennedy set to take over.

A backroom shuffle could apparently see Brown take up a coaching role, according to the Daily Record.

Cantona could have signed for LIVERPOOL but Souness turned him down

Daniel McDonnell: 'Negativity should be of no concern to McCarthy'