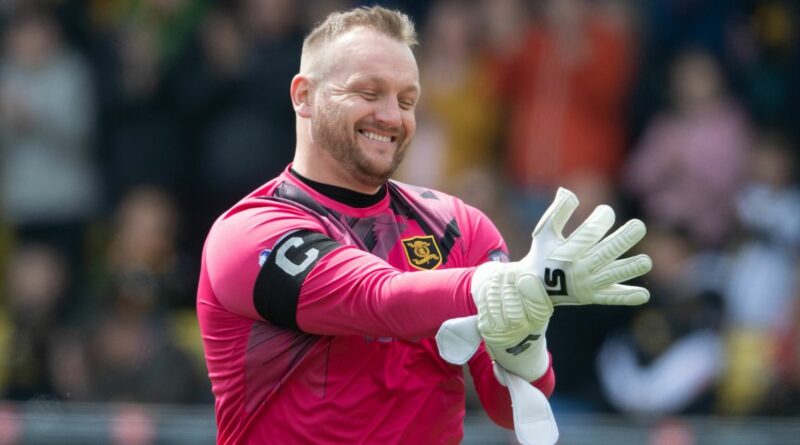 Goalkeeper Gary Maley enjoyed a dream debut for Livingston on Sunday, helping the Scottish side win on his first – and last – appearance for the club, six years after joining.

Livingston were 1-0 down at home to Dundee in their final game of the season when fan-favourite Maley was brought off the substitutes’ bench in the 75th minute. The veteran goalkeeper’s arrival sparked a comeback from the home team, who scored twice in six minutes, through Andrew Shinnie and Alan Forrest, to win 2-1.

Maley made a good save to make sure of the win – and write himself into the Scottish side’s history books. Maley was making his debut at the age of 39 years and 285 days, which made him the oldest player to make his Scottish top flight debut since 1998.

He joined Livingston back in 2016 when they were in League One, but has never made it onto the pitch. David Martindale was the club’s assistant manager back then, but having made the step up to manager two years ago, he knew the importance of getting Maley onto the pitch in front of his friends and family.

Martindale even believes that Maley’s introduction was key to Livingston getting the win, due to the crowd’s reaction. “The gamechanger was putting big Gary Maley on. We were 1-0 down and we win 2-1, so that’s got to be the headline,” he said post-match.

HAVE YOUR SAY! Can you think of a more unusual debut? Comment below.

“He was man of the match as well. There can’t be many players who have played 18 minutes and won man of the match. The changes really helped us pick the game up and, all joking aside, big Stretch (Maley) going on actually picked the crowd up – and I think that translated onto the park. And the four substitutions helped that, obviously.”

It was a fairy tale end for Maley, who will retire from playing after making his first and final appearance for Livingston. “I’m delighted, I never thought the day would come, so thanks to the gaffer for giving me the opportunity and it’s a great way to end it. I can only say thanks to all the players and Davie especially,” he said.

“It’s a great way to end it. Playing-wise, that’s it now. I’m absolutely delighted. This club has been brilliant for me. I’ve loved every minute of it and I’ve met some really good people and some friends for life.” 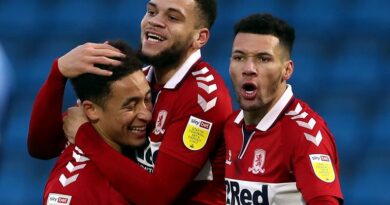 Wycombe 1-3 Middlesbrough: Boro come from behind to seal win at Adams Park