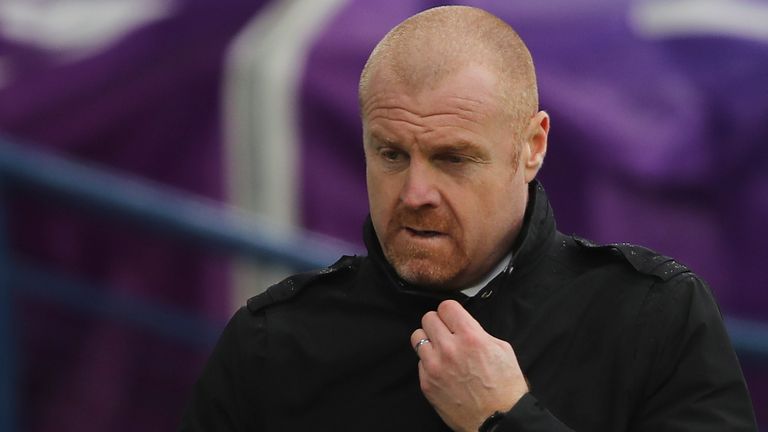 Burnley boss Sean Dyche says footballers should be vaccinated in order to re-distribute the money spent on testing players back to the NHS.

The Premier League is currently testing players and staff twice a week, with 40 confirmed positive cases in the latest round of results.

The EFL announced a move to twice-weekly testing earlier this week following multiple match postponements across the Championship, League One and League Two.

This weekend’s FA Cup schedule has also been affected, following the postponement of Southampton’s tie against Shrewsbury, while Derby are being forced to field a group of U23 and U18 players to play Chorley after the entire first-team squad went into isolation.

Dyche revealed Burnley have been affected by “a couple of cases”, but their FA Cup at home to MK Dons on Saturday is unaffected.

“It’s my view, I think vaccination is the way forward throughout football,” Dyche said.

“The amount of money being spent on testing in the Premier League, if that was channelled back into the NHS and into the vaccination system, surely that’s a better place to be than continually testing footballers.

“I appreciate some people will be surprised by that comment and people will say: ‘Why should footballers get vaccinations?’ But, if the testing diminishes, that money could be used for a much better cause.

“Football then also remains a competitive industry rather than what might end up as a skewed industry because of players missing from games. It’s a common-sense view.

“Let me make it clear, there are people way in front of footballers [as a priority to be vaccinated]. I’m not remotely suggesting that should be put in front of the welfare of people who are very vulnerable.

“What I’m saying is: Is there a timeline where they can fast-track to that period? Logically, it would be better putting the funding that is put into testing into the system to encourage more vaccinations.

“That money could be used more wisely, I would suggest, to get it out there quicker to the vulnerable and beyond.”