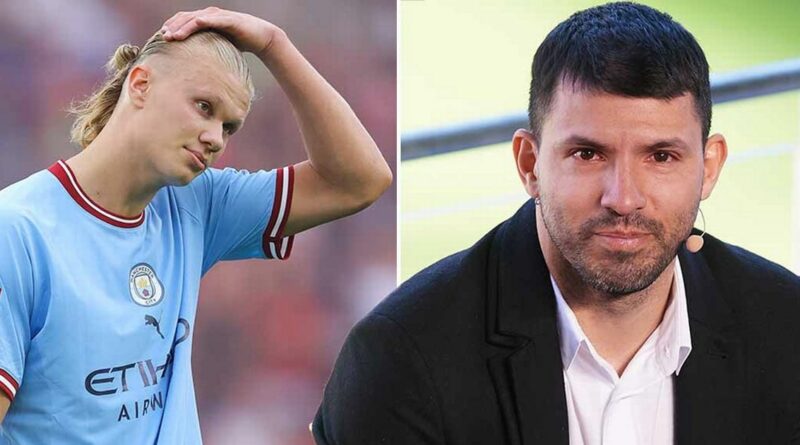 Sergio Aguero has hinted that Erling Haaland might need some time to adapt to the Premier League following his drab performance against Liverpool in the Community Shield on Saturday.

The Norwegian is Manchester City's shiniest new toy and will be expected to hit the ground running given his blistering goalscoring record over the previous three seasons.

But Aguero, who scored 259 goals in 388 games for City, thinks there'll be an adjustment period, insisting that Haaland will need to get used to coming up against high calibre defenders each week – something he didn't experience in Germany.

"He was too used to Germany," Aguero said on his Twitch channel. "Haaland thought he was alone, then [Virgil] Van Dijk arrived and said 'welcome to the Premier League'."

Haaland's debut in English football didn't go to plan. He barely touched the ball against Jurgen Klopp's side, and when he did he fluffed his lines, missing two big chances – including a last-minute sitter from a few yards out.

After netting 86 goals in 89 games for Dortmund, the world will expect the 22-year-old to produce the same sort of numbers at City, but a slow start has the potential to take the wind out of anyone's sails – just ask Romelu Lukaku.

How many goals will Erling Haaland score for Manchester City this season? Let us know what you think in the comments section below.

If anything, Haaland will be hoping to emulate Aguero, who took to the Premier League like a duck to water after arriving from Atletico Madrid in 2011.

The Argentine bagged 30 goals in his first season at the Etihad Stadium, which culminated in his iconic last-minute title-clinching strike against QPR on the final day of the campaign.

Aguero left nine years later as the club's all-time record goalscorer and City's greatest ever striker – milestones Haaland will have to forget about if he doesn't get his act together fast.