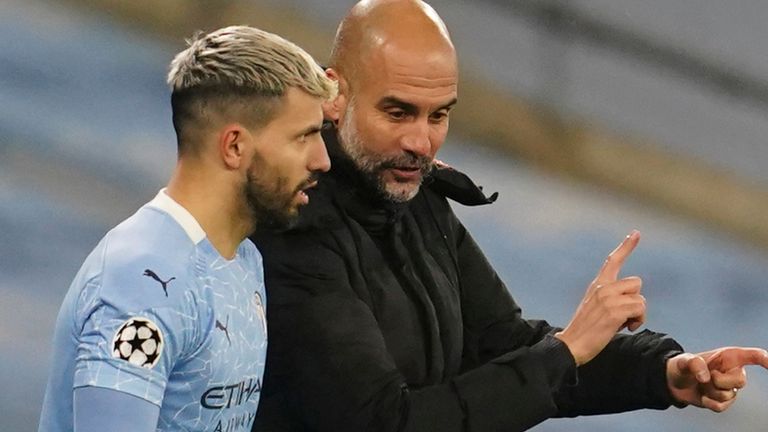 Aguero has made five substitute appearances since returning from knee and hamstring injuries and City boss Guardiola said the club’s record goalscorer is pushing for a return to the starting line-up.

“Yesterday (Thursday) he trained really well,” said Guardiola at Friday’s press conference. “Today he was off. Tomorrow if he feels good he is going to play.”

Aguero missed the end of last season, including City’s involvement in the rearranged Champions League knockout stages in August, and the start of the current campaign after undergoing knee surgery.

His comeback has been complicated by further discomfort in the knee and a hamstring injury and he has made just nine appearances this season. 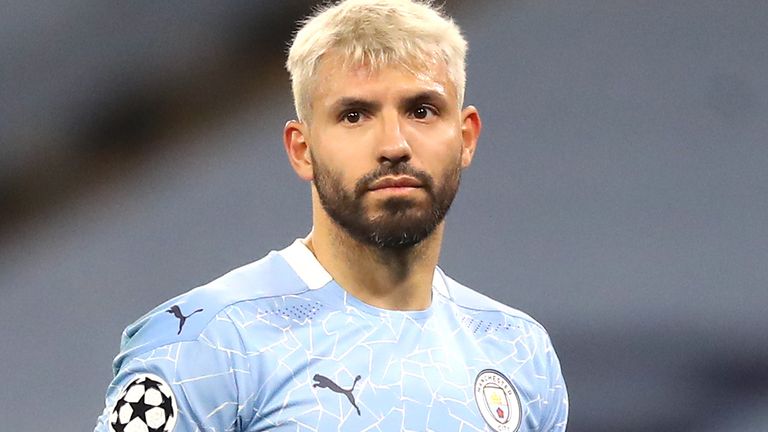 “Only I know how I miss him,” said Guardiola. “Just look at the numbers of the quality he has in the box, Sergio is unique.

“Unfortunately he had a really tough injury but what’s important is his mood is exceptional, better than ever.

“He is an important part of the group, is incredibly loved and his knee has reacted really good to training in the last 10 days, two weeks. This is the best news we could hope for.

“He’s going to start and the minutes (he will play) will be dictated by his level, or his performance or his knee will dictate. If he could play 90 minutes it would be great, 60 minutes or 30 minutes would be great – the important thing is quality minutes.

“He will start from the beginning and after we will see.”

Despite missing eight players following positive tests for Covid-19 since Christmas Day, City have extended their unbeaten run to 11 games and booked their place in the Carabao Cup final in midweek with victory over Manchester United at Old Trafford.

Guardiola says the possibility of having Aguero fit for the second half of the season will be a huge boost as his side won’t be able to sustain their recent level of performances with just “14 or 15 players”.

“It will be great to have Sergio fit, in the best condition,” said Guardiola, who confirmed Kyle Walker and Gabriel Jesus are available again after completing their periods of isolation.

“He is so optimistic, saying he will have a good season and score lots of goals. We don’t want to create pressure but most of the games we need him as a striker.

“The most important thing is the consistency we have shown in the last three games, especially after our draw against West Brom.

“We changed the way we played against Newcastle, Chelsea and United, and we have to show that consistency for a long time, especially in January and February.

“That’s why we need players coming back, we cannot sustain this effort with just 14 or 15 players.”

Manchester City owner Sheikh Mansour bin Zayed Al Nahyan is the new owner of the oldest existing version of the FA Cup trophy, having purchased the silverware at a recent auction.

The Football Association Challenge Cup trophy, a forerunner of the FA Cup in use today, was presented to winning teams from 1896 to 1910, when the original was stolen from a shop in Birmingham after Aston Villa won the competition.

It was the first trophy Manchester City won over a century ago by beating Bolton Wanderers 1-0 in the 1904 final, making them the first professional football club from Manchester to capture a major honour.

“This cup is a visible reminder of the rich and long history of English football to which City is inextricably entwined,” Manchester City chairman Khaldoon Al Mubarak said in a statement.

“Winning this actual trophy in 1904 was a turning point for the club and for the city of Manchester in that it firmly cemented football in the heart of its community.

“Sheikh Mansour’s view is that a trophy of such cultural significance must be shared with the people of Manchester, the English football family, and those who love the English game.”

Genk 0-0 Napoli: Bonus for Liverpool as Ancelotti’s side are held