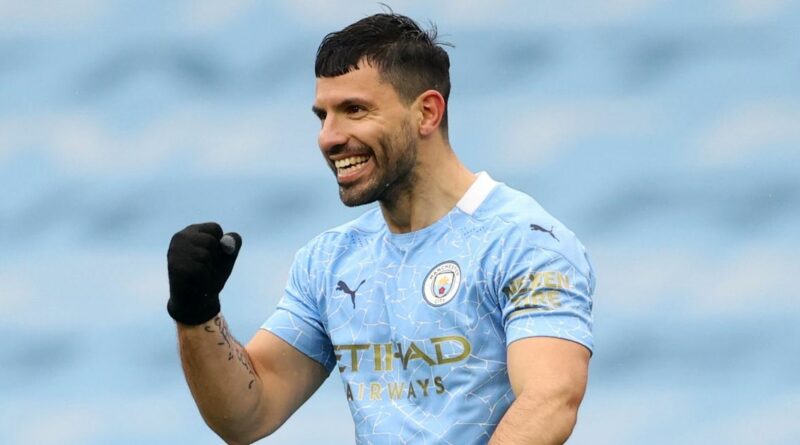 Barcelona look set to confirm the transfer of Sergio Aguero and are planning to present him to supporters on Monday evening.

Eagle-eyed fans spotted that Barcelona's official website has a link to the Argentine international's official unveiling, which is scheduled for 6:15pm Central European Time.

Barcelona also posted a tweet of Aguero mocked-up in a club kit and referenced his famous title-winning goal against QPR.

It now appears the move will be confirmed imminently, officially bringing Aguero's ten-year stay at Manchester City to an end.

Aguero had been spotted leaving a hotel in Barcelona on Monday morning as rumours over his future continued to ramp up.

According to AS, after arriving in Spain Aguero underwent a medical examination on Sunday morning, with attention focused on his troublesome left knee.

That doesn't appear to be worried the Barcelona medics, who seem to have given the forward a clean bill of health to join the club.

Aguero's acquisition represents boss Ronald Koeman's first foray into the transfer market as he bids to rebuild his side this summer.

The Dutchman will be looking to complete plenty more incomings and outgoings and secure the future of some of his biggest stars, including Lionel Messi.

Although Messi has yet to sign a new deal with the Catalan club, confirmation of Aguero's arrival could be a sign that his fellow countryman is planning to remain at the Nou Camp into next season.

What's up for grabs on a dramatic night in the Championship?

PSG will not sell Neymar after Barcelona asked about buying him