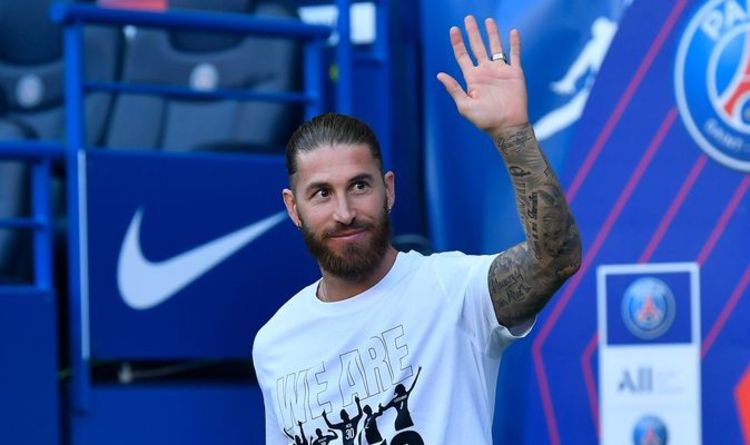 Sergio Ramos’ long-awaited PSG debut could be imminent amid reports suggesting he is available for selection for the Angers game on Friday night. The 35-year-old has struggled with injuries since joining on a blockbuster free transfer from Real Madrid this summer but will soon make his maiden bow.

Ramos ended a legendary 16-year stint at Real, giving up the captain’s armband, to join PSG as a free agent in July.

But problems have seen him sidelined for the entire season, most recently a calf issue he suffered in September.

PSG manager Mauricio Pochettino may finally be able to call on his marquee centre-back signing this week.

Ramos and another defender facing injury woes could be in contention to start against Ligue 1’s fourth-placed outfit.

Le Parisien report that Ramos and Juan Bernat – absent for more than a year with a ligament injury – could both feature against Angers.

Pochettino will be missing his South American stars on Friday due to international commitments ‘hours before’.

Ramos could come in as Marquinhos’ replacement alongside Presnel Kimpembe as PSG look to return to winning ways.

The French giants’ 100 per cent record vanished in their final game before the international break.

Pochettino watched his side slump to a 2-0 defeat at Rennes without recording a single shot on target.

Ramos’ arrival into the team will massively push for improvements in what could be a tough test with limited options in mind.

Given Messi’s surprisingly slow start to life at PSG, it will be interesting to see how the Spanish icon adapts to French football.

Pochettino has suggested that former glory means nothing now, and Ramos must return to action at his best to help PSG achieve their lofty goals.

He told Movistar+: “Maybe Sergio Ramos’ situation is different to what it was in 2014, or to [Lionel] Messi’s or Neymar’s. These players are great champions, but they need to adapt to the reality.

“We all have in our head that we’re the best, but they need to be at that level. If they get that label back, of course, we can achieve anything.

“But the fight begins with getting the best out of every individual. The orchestra needs to be in tune.” 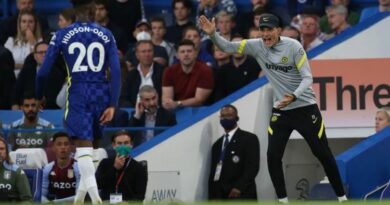