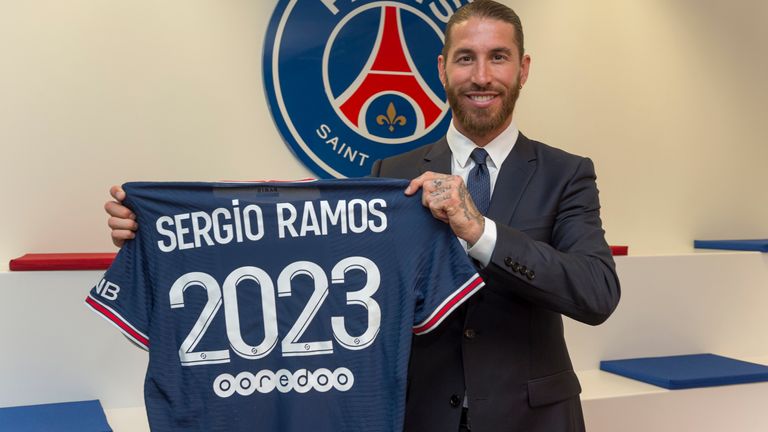 Sergio Ramos has signed for Paris Saint-Germain on a two-year deal after leaving Real Madrid as a free agent.

Ramos left Real Madrid upon the expiry of his contract in June after 16 years at the club, during which he won four Champions League crowns, five La Liga titles and four Club World Cups.

“I am very happy to join Paris Saint-Germain,” Ramos said. “This is a big change in my life, a new challenge and it’s a day I will never forget.

“I am very proud to be a part of this ambitious project, to be a part of this squad with so many great players. Paris Saint-Germain is a club that has already proven itself at the highest level. I want to continue to grow and improve at Paris and help the team to win as many trophies as possible.”

The 2010 World Cup winner bid farewell to Real in an emotional press conference and claimed that he wanted to stay, but the club decided to withdraw a one-year contract offer by claiming it had expired.

Ramos said he was offered a new deal with a 10 per cent reduction to his previous salary but was holding out for a two-year deal “so my family could have continuity and tranquillity”.

The 35-year-old struggled with muscle injures and a knee problem that required surgery, meaning he only played once since March – the 2-0 Champions League semi-final second-leg defeat to Chelsea on May 5.

It also meant he missed out on Spain’s squad for Euro 2020 as manager Luis Enrique opted to select no Real players in his squad at a major tournament for the first time in the country’s history.

“Today, Paris welcomes one of the greatest players of our era. We are delighted to announce that Sergio Ramos has joined us,” PSG chairman and chief executive Nasser Al-Khelaifi said.

“Sergio is a complete footballer, one of the best defenders in the history of the game. He is a born competitor, a leader and a true professional. His vast experience and ambition is in perfect synergy with those of the club.”

PSG have already secured the signing of the highly-rated Moroccan international right-back Achraf Hakimi, who has joined from Inter Milan in a £61m deal on a five-year contract.

Netherlands captain Georginio Wijnaldum has also joined the club on a three-year deal after leaving Liverpool upon the expiry of his contract.

The French giants are also poised to confirm the signing of Italy goalkeeper Gianluigi Donnarumma on a free transfer after the 22-year-old could not agree terms to extend his stay with boyhood club AC Milan.

Ramos’ former centre-back partner Raphael Varane could also be set to leave the Santiago Bernabeu this summer, with Manchester United holding initial talks over a potential deal for the French defender. 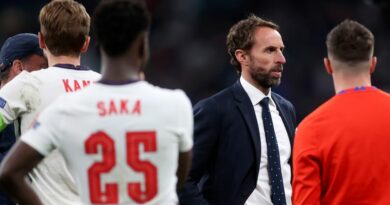