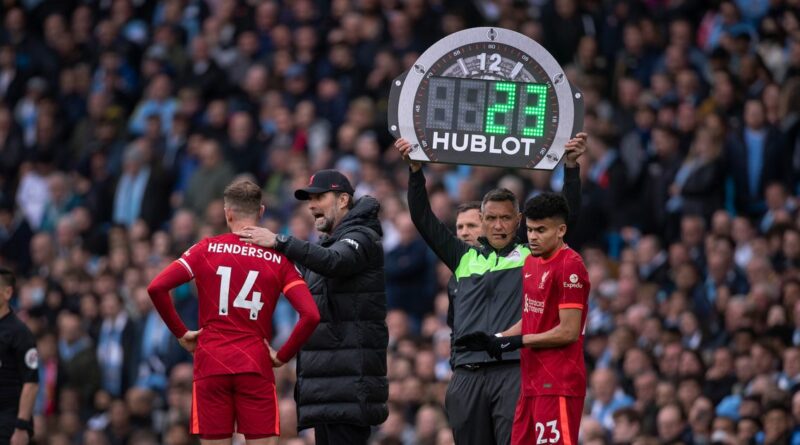 The Premier League is set to return this weekend for another season full of shocks and surprises.

Manchester City will defend their league title and bid to win three in a row for the first time in their history, meanwhile newly promoted Bournemouth, Fulham and Nottingham Forest will bid to avoid an immediate return to the Championship. In addition to new teams and signings, a host of rule changes have been introduced ahead of the new season getting underway on Friday night.

With that in mind, here Daily Star Sport runs through seven rule changes that fans should be aware of this season.

Although clubs were allowed to make five substitutions per match during Project Restart two seasons ago, the rules were reverted back to normal last season, with three changes allowed.

However, several managers complained throughout the season about not being able to make more changes during matches and as a result five changes have been re-introduced for the upcoming campaign.

Already used in most competitions across Europe, Premier League managers can now make five substitutions per match across three separate instances in the game. The limit of three windows for the changes has been included in a bid to limit time-wasting.

With the World Cup taking place in Qatar in November and December, the tournament has forced the fixture schedule to be adjusted in order to allow players to take part.

Although those playing in the tournament may end up getting no time off if they make it to the final, the Premier League will break from the weekend of November 12 to Boxing Day. There will also not be a round of matches between Christmas and new year.

There will also only be one autumn international break in September, rather than the usual three, and the group stages of European competitions will end a month early at the start of November.

In a further bid to keep the game flowing for longer and avoid disruptions, the fourth official will now have a ball at all times during fixtures.

That is in addition to eight balls placed around the pitch on cones at specific stations, with ball boys still used to collect the ball when it goes out of play.

Two balls will be placed behind each goal, with another two on each touchline. Those behind the goal will be situated in a specific zone to prevent them disrupting with goal-line technology.

Goalkeepers will be forced to get used to a new rule when facing penalty kicks this season. Previously, one foot had to be on the goal-line when the kick was taken.

However, keepers will now be allowed to step back into their goal in order to build momentum to make a save, without crossing the goal-line.

New rules implemented across English football this season will further punish supporters who enter the field of play, regardless of whether it is to celebrate a late winner or abuse an opposition player.

Immediate bans will be handed out for pitch invasions, with harsher punishments in place for any supporters found guilty of possessing pyros at games.

It is hoped that the increased chance of receiving a criminal record will deter offenders, with prosecution said to be the "default response" to those entering the field of play.

In a minor change to the rules in previous seasons, the referee now has to be the person who tosses the coin before a match.

Officials were not previously plucking random fans out of the crowd to carry out the pre-match ritual, but they have now been given the duty in an official capacity.

This particular rule change will affect young players more than it will fans, with alterations made for the Premier League 2 ahead of the new season.

The competition will now be for under-21s rather than under-23s, with the number of overage outfield players permitted increased to five from three.

Like in the Premier League, City are the defending champions after finishing the previous campaign six points clear of nearest challengers West Ham United.