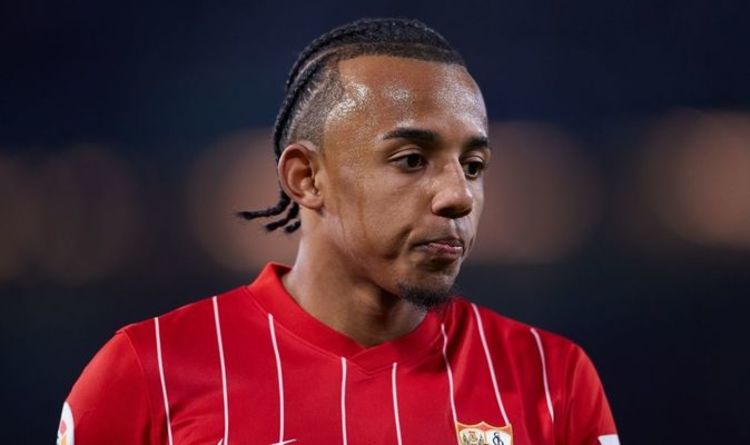 Sevilla are said to be fearful that Manchester United could be about to make a January move for star defender Jules Kounde, according to reports in Spain. The Andalusians are currently dreaming of a potential La Liga title charge as they sit just one point adrift of current league leaders Real Sociedad after 12 matches.

Sevilla have lost just once during the stretch and Julen Lopetegui’s side currently boast the best defensive record in the entire division, having conceded just seven goals.

Kounde has been integral to that, marshalling the side to six clean sheets in the 10 matches he has featured so far this term.

Things could have been very different for the 22-year-old – who turns 23 next week – this season, though.

That’s because he was close to joining Chelsea earlier this summer when the European champions tabled an offer of £42.5million for his services.

The defender wanted to move to west London, where Champions League football was on offer, after turning down the chance to join Tottenham.

Sevilla president Jose Castro even claimed he could have wiped out the club’s entire debt if he’d have accepted the move but the Spanish side held firm.

Now newspaper AS claim Sevilla are fearful they could lose Kounde midway through the season in January when the window reopens.

But it’s United that are causing concern given their problems in defence.

Raphael Varane’s start to life at Old Trafford has been disrupted by injuries while captain Harry Maguire’s struggles have continued.

With Ole Gunnar Solskjaer now opting to switch to a 3-4-1-2 formation, Kounde could be the perfect acquisition to help transform United’s leaky defence.

Chelsea could also return for Kounde though with three of their current defenders set to enter the final six months of their contracts.

Thiago Silva, Antonio Rudiger and Andreas Christensen are all set to depart on free transfers at the end of the campaign, as things stand.

That could see Chelsea reignite their interest in Kounde, although Thomas Tuchel has refused to guarantee the Blues will pursue the same targets next time the transfer window opens.

“I think every transfer period you need to evaluate again,” Tuchel recently declared. “You cannot say what we wanted in the summer, we do in the winter. And what we want to do in winter, we want to do the next summer. It is not like this.

“Your opinion changes, players change, you have evolvement in the group, you have an atmosphere that you build, you see who is absolutely reliable and these connections build up and create something special hopefully in the group.

“So you cannot say what we tried in the summer did not happen so we will try again for sure in the winter. Sometimes it is like this. If we see the same need, but clearly, Trevoh [Chalobah] is now here with us and he deserves to be here with us. It had nothing to do with if we can sign another central defender or not. But he stepped up.

“The responsibility was even more on his shoulders and he can handle it so far in a very impressive way. This is the situation and it has an effect on our next decisions in the next transfer period. It is always like this.” 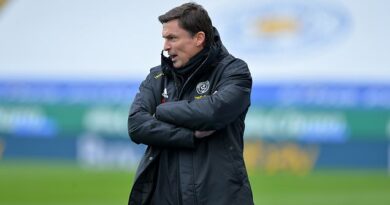