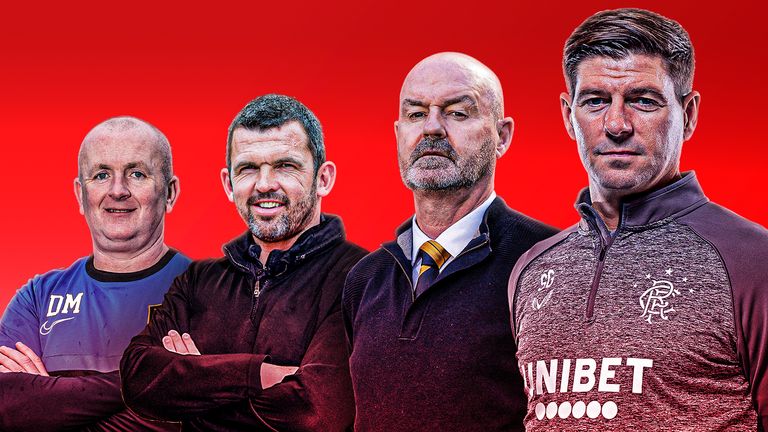 Steven Gerrard, Steve Clarke, Callum Davidson and David Martindale have all been nominated for the Scottish Football Writers’ Association Manager of the Year award.

Gerrard is included after leading Rangers to their first Scottish Premiership title since 2011, ending Celtic’s decade-long dominance in Scotland’s top division in the process.

Rangers could yet end the league season unbeaten, if they avoid defeat against Livingston on Wednesday, May 12 and Aberdeen on Saturday, May 15, live on Sky Sports, in their final two fixtures.

Scotland reaching a first major tournament since 1998 with qualification for this summer’s European Championships sees Clarke, a previous two-time SFWA winner with Kilmarnock, included on the list.

A group featuring England, Croatia and Czech Republic is Scotland’s reward for having progressed past Serbia in last November’s Euro 2020 play-off.

St Johnstone boss Davidson guided the Perthshire club to their first Scottish League Cup title with a 1-0 victory over Livingston at the end of February.

Finally, Martindale has enjoyed a successful first season as Livingston manager, finishing as runners-up to Davidson’s side in the aforementioned final as well as keeping Livi in the top six.

Doig, Ferguson, Patterson, Turnbull up for SFWA Young Player of the Year

Aberdeen midfielder Ferguson, who won the award in 2020, could become only the third player to be named the best Scottish youngster in successive years.

Turnbull, who won the award in 2019 while at Motherwell, has enjoyed an impressive debut season with Celtic while the performances of Hibernian left-back Doig have caught the eye of Arsenal, Celtic and Chelsea.

Fellow defender Patterson has made 14 appearances for Rangers as they ended their 10-year wait for a Premiership title. Danny Wilson was the last Rangers player to win this award in 2010.

Boyd and Walker name their Team of the Year

As another dramatic Scottish Premiership season draws to a close, Kris Boyd and Andy Walker have picked their teams of the season.

Rangers’ dominant title win saw Boyd select nine players from Gerrard’s side but there was no room for Alfredo Morelos in either XI.

The pair clashed over Walker’s inclusion of three Celtic players in his team of the year and they were also split over the selection of Hibernian’s Kevin Nisbet and Martin Boyle. 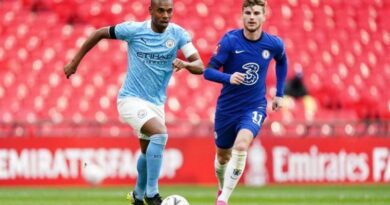